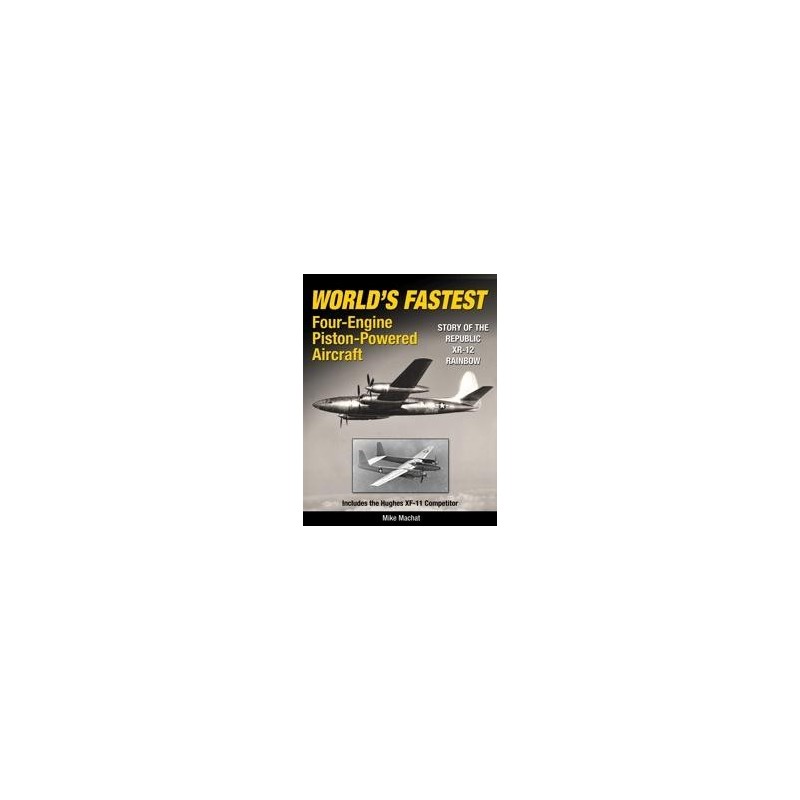 Still the fastest four-engine piston aircraft ever flown, the Republic XR-12 and its competitor, the Hughes XF-11, were well ahead of their time in 1946. Envisioned as a long-range photo-reconnaissance aircraft with a top speed of more than 450 mph, the Republic XR-12 also offered near jet-like performance for the world's airlines with a 44-passenger commercial version named the Rainbow. Using original Republic photos, data, and artwork, the author reveals never-before-published information about the XR-12 and Rainbow airliner. While the clear emphasis of this book is on the Republic airplane, the Hughes XF-11 is also covered and compared in its role as a twin-engine competitor to the more advanced four-engine Republic airplane. Although the XR-12 and XF-11 were among the most elegant-looking aircraft ever built, the Rainbow was considered to be Republic chief designer Alexander Kartveli's ultimate masterpiece. Conversely, the more cantankerous XF-11 almost took the life of its designer and chief test pilot, Howard Hughes.