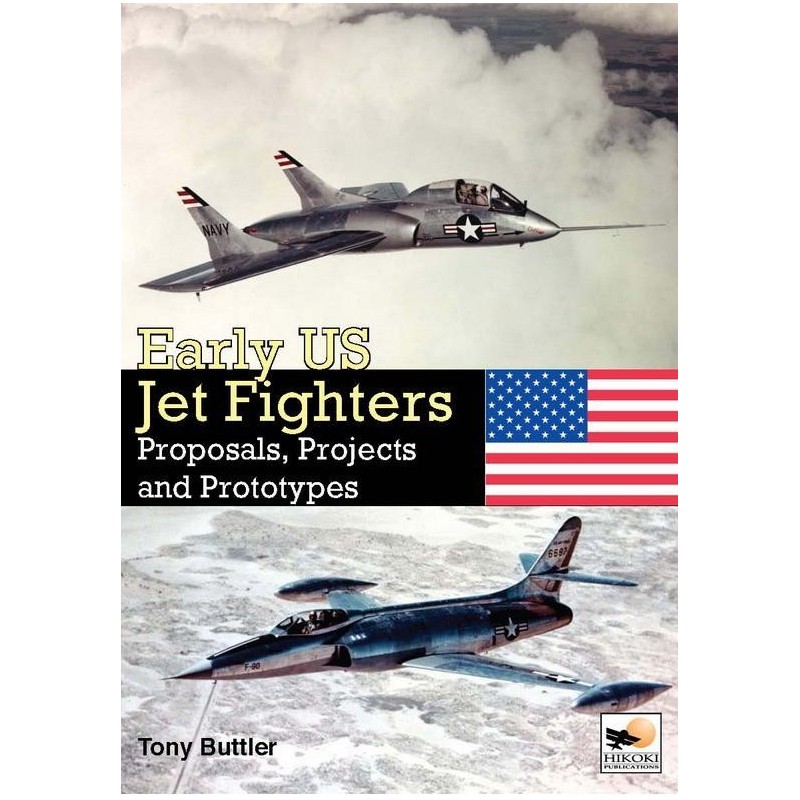 In the aftermath of World War II the development of military fighter aircraft in the USA continued apace to take advantage of a new form of propulsion the jet engine. With incredibly swift progress, post-war fighter design embraced supersonic types and the early development of the American jet fighter reached its maturity.

Design competitions were held which led to the F-87 to F-93 series of fighters and, not to be outdone, the US Navy ran competitions for carrier-based jets which resulted in the Douglas Skyknight, Grumman Panther and Vought Cutlass.

All projects resulted in a large number of design studies and proposals including plans for a Navy Long Range Escort Fighter (the abandoned OS-112). Some are quite well known but, following recent access to the papers in the Sarah Clark and George Spangenberg document collections in the US National Archives, many further previously unknown or unseen designs have come to light including new information on the types that were flown.

Competitions for, amongst others, the McDonnell Demon carrier based jet fighter together with flying boat fighters culminated in the first full supersonic design competitions held for each Service including the MX1554 (Convair F-102 Delta Dagger) and OS-130 (Vought F8U Crusader) programmes.

Early US Jet Fighter, Proposals, Projects and Prototypes tells the story of these developments backed up with three-view drawings, manufacturers models and rare photographs.

Appendices illustrate the effort being put into this work during the 1940s and 1950s, by detailing American research establishments and test facilities, chief designers, flight characteristics and a curious one-off study of an in-flight refuelling concept.