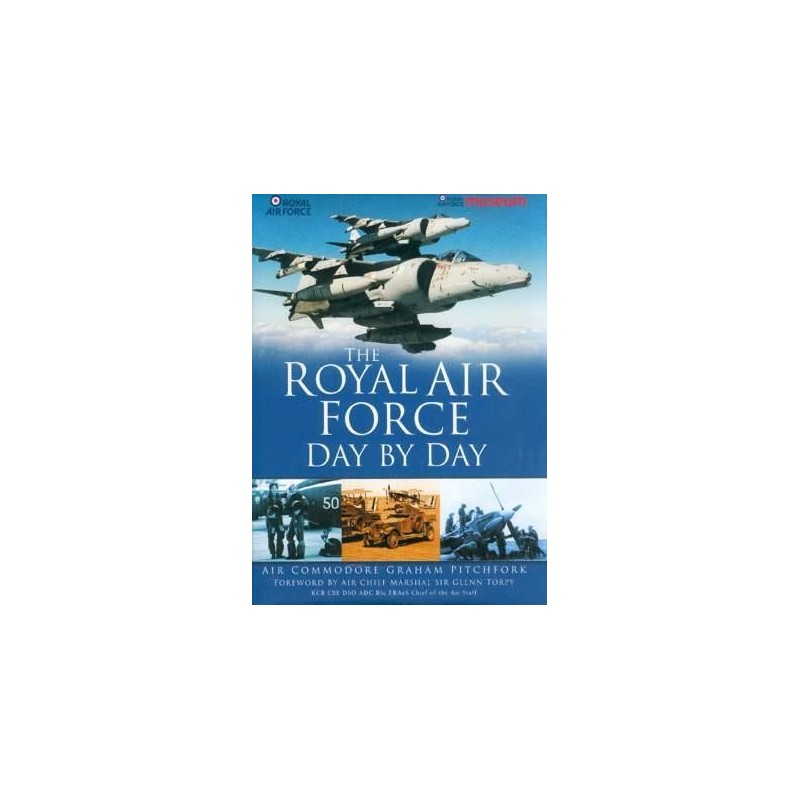 "The Royal Air Force Day by Day" is a fascinating record of British military aviation heritage.

That heritage is preserved here as a diary of daily events -90-year-old tradition and established its great reputation. While so many books on air force history concentrate on the big events, "The Royal Air Force Day by Day" also examines the conditions that its officers not just of the great air battles, but of all that has built the RAFs, airmen and women, ground trades and aircrew, have experienced in peacetime as well as war. The RAF has had a heavy involvement in peacekeeping and offensive actions worldwide since the end of the First World War. This book covers the principal operational and administrative developments in the RAFs 90-year history. Published in association with the Royal Air Force Museum, whose library has provided much of the illustrative and factual content, "The Royal Air Force Day by Day" is a compelling mixture of the great and commonplace.