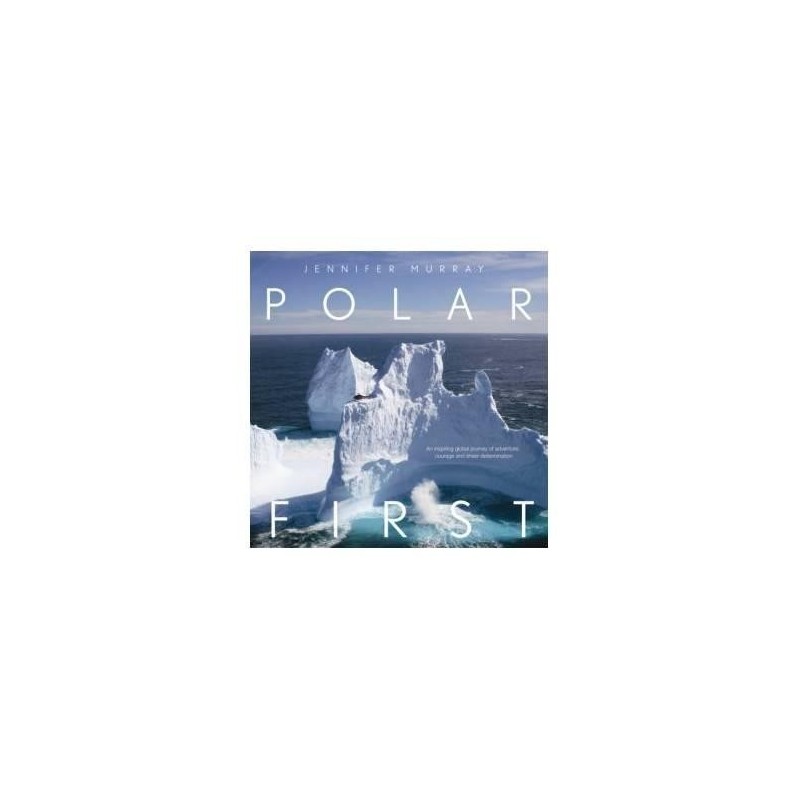 - Illustrated with over 200 stunning photograph, Polar First is an inspiring journey of adventure, courage and sheer determination following Jennifer Murray and Colin Bodills second and final attempt to achieve a new world record, to be the first pilots to fly around the world in a helicopter via the South and North Poles. This beautiful, photographic journal tells the story, together with journal entries detailing the highs and lows of this often gruelling and dangerous journey into the record books.

Jennifer and Colins first attempt to set this record ended in near-fatal disaster in December 2003 when the two pilots crashed in whiteout conditions in Antarctica. Jennifer recounts that drama one that was covered by media around the world - in her previous book Broken Journey.

Following on from Broken Journey, Polar First is their extraordinary story of finding the courage to set off again to the ends of the earth, journeying from the searing heat of the Atacama desert, over the high Andes and the hostile southern oceans and finally to once again confront the great unforgiving splendour of the remote polar regions.

Jennifer says, The journey is over, it has taken three and a half years to finish what we set out to do back in 2003, to do what no pilots have ever done before, to fly a helicopter around the world by the South and North Poles, but we did it, we have laid to rest the ghosts. Would I do it all again? Not a hope.