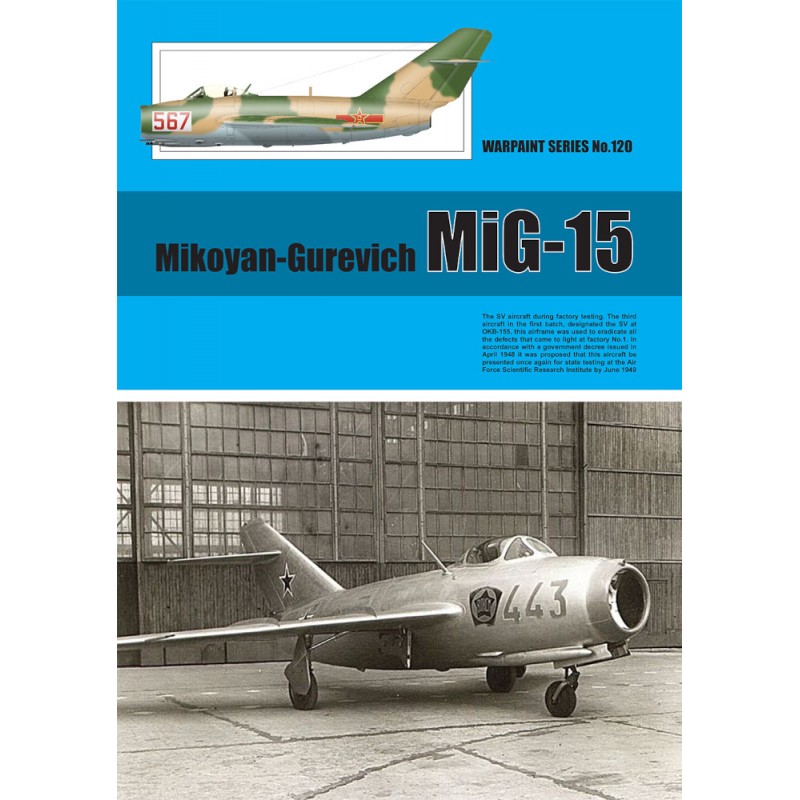 Long overdue in the Warpaint range, the MiG-15 is one of the most important and influential aircraft to come out of the early years of the Cold War and was to see active service in a wide range of theatres and with a great many Soviet client states. The MiG-15 was a jet fighter aircraft developed by Mikoyan-Gurevich for the Soviet Union and was one of the first successful jet fighters to incorporate swept wings to achieve high transonic speeds. In combat over Korea, it outclassed straight-winged jet day fighters, which were largely relegated to ground-attack roles, and was quickly countered by the similar American swept-wing North American F-86 Sabre. The MiG-15 is often mentioned, along with the F-86 Sabre, as the best fighter aircraft of the Korean War. The MiG-15 is believed to have been one of the most produced jet aircraft ever, with in excess of 13,000 manufactured. Licensed foreign production may have raised the production total to almost 18,000. This latest addition to the Warpaint list by Nikolay Yakubovich has been sourced direct from Russian sources and includes a great many rare or previously unpublished photographs collated by the author, along with accurate scale drawings and colour profiles by Andrey Yurgenson.