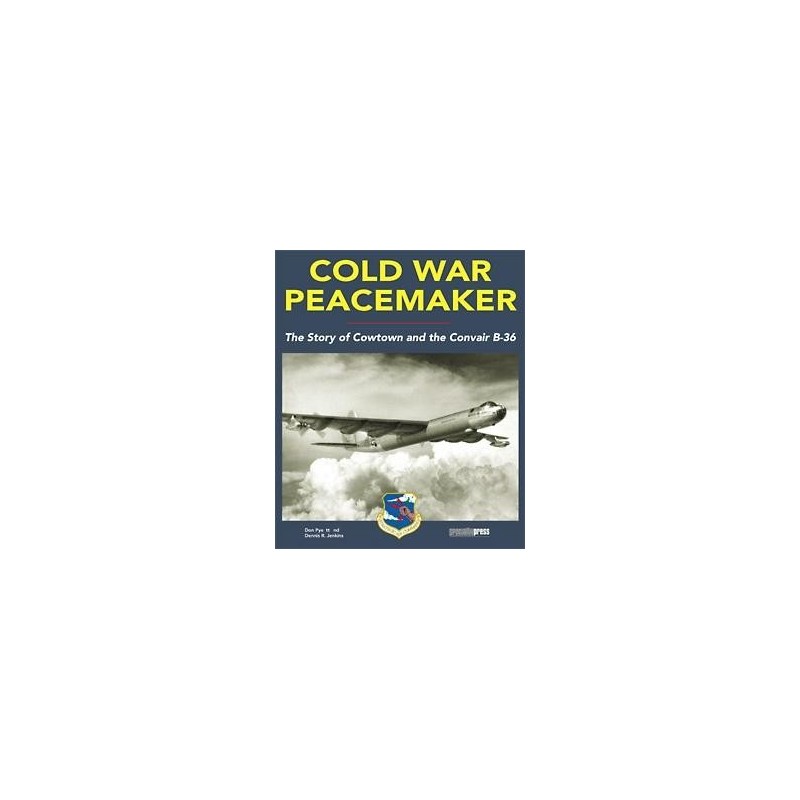 Great airplanes don't simply appear in history, they evolve through a myriad of technological, political, and economic processes. In this book you will experience one of the most unlikely developments in aviation history - the Convair B-36 very-long-range nuclear bomber. From its beginnings during the worlds greatest conflict, through construction in a former wild-west cattle town, and deployment into the Cold War, the story of the Convair B-36 and how it intimidated the Soviet Union is an interesting study in politics and technology. Within this book the reader will experience life during the Cold War as our parents and grandparents lived it. You will meet military leaders, politicians, cowboys, tycoons and a cowboy tycoon who worked together to save the free world from domination by communists. You will also see up-close the amazing technologies of aviation at the beginning of the nuclear age and how they were manifested in the B-36.

Designed during World War II to bomb targets in Europe from the continental United States, the Convair B-36 did not fly until after the war had been won. As the huge airplane continually failed to meet its design specifications, it was threatened with cancellation on several occasions. When the Soviet Union attempted to oust its former war allies from the city of Berlin, thereby starting the Cold War, U.S. Secretary of the Air Force Stuart Symington decided to continue B-36 production to not lose the industrial potential of the government owned Fort Worth plant just when new production miracles might be demanded as they were after Pearl Harbor. As Convair scurried to meet new production demands and design requirements, the U.S. War Department began using the B-36 to intimidate the Russians even before the airplane was operationally deployed. As the U.S. Government played its propaganda ruse against the Soviets, Convair quickly developed new systems and production techniques that continue in use today. But, by the time the B-36 became able to fulfill its mission requirements it was quickly obsoleted by guided missiles.