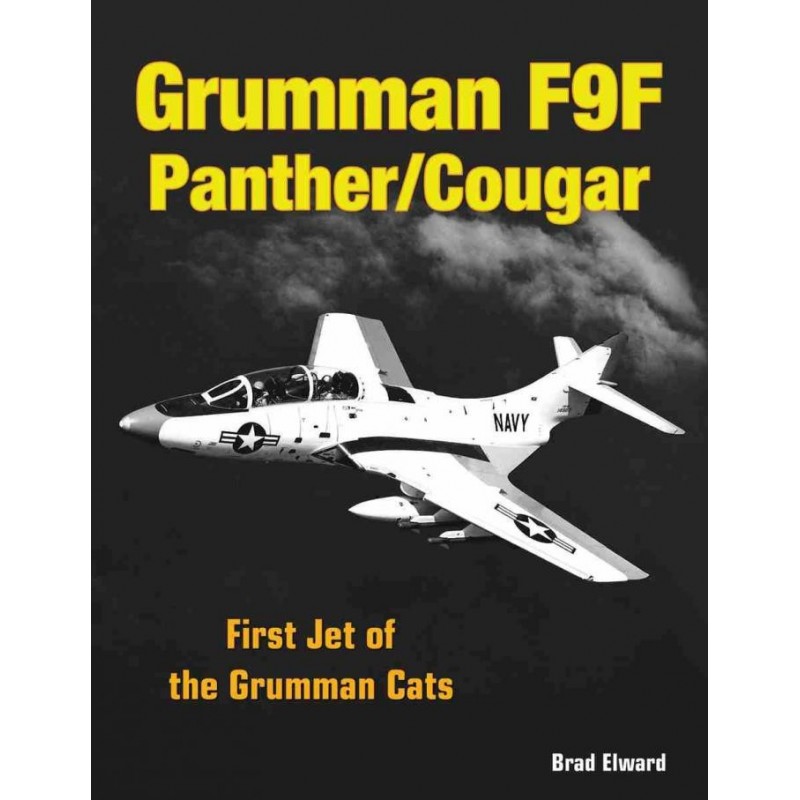 By the end of World War II, piston-powered fighters were at their absolute zenith. As good as those airplanes were, America's aviation industry found itself starting over in the Jet Age with new airplanes powered by anemic and somewhat cantankerous turbine engines. More importantly, just as these new aircraft were maturing, they were thrust into war in the skies over Korea. Grumman's first jets were potent aircraft in their own right, but also proved to be the building blocks from which two more famous Grumman 'cats' were born the legendary A-6 Intruder and supersonic F-14 Tomcat.

Grumman F9F Panther/Cougar tells the story of the pivotal F9F Panther from its initial concept through early design and manufacturing, flight test, aircraft carrier trials, and combat operations in the Korean War. Completing this story is coverage of the more advanced swept-wing transonic Cougar that goes on to become an effective trainer and photo-recon aircraft as well. Detailed appendices provide the reader with complete data on F9F production numbers, carrier deployments, and squadron histories.