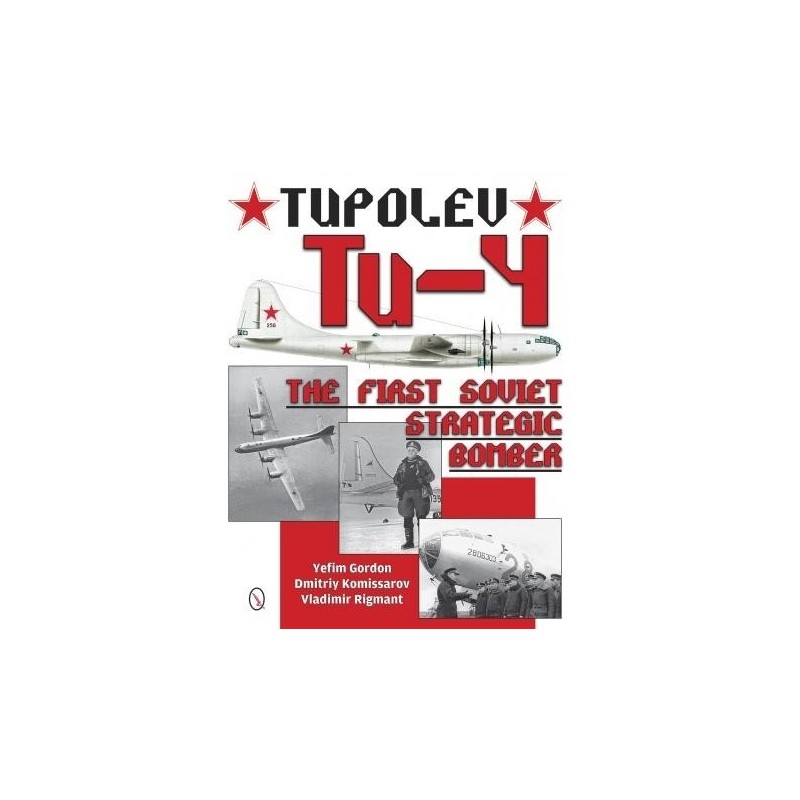 After World War II, the Soviet Union and the USA, who had been allies in the war, started moving towards political and military confrontation. The Soviet Union urgently needed a strategic bomber capable of striking at the USA. Thus, the windfall of three battle-damaged B-29s forced to land in Soviet territory was most welcome. The Soviet Union kept them: a huge reverse-engineering effort ensued, resulting in a Soviet copy of the Superfortress (the Tu-4) and a major technology boost to the Soviet aircraft and avionics industries. From then on, the Soviet Superfortress evolved independently, some of the Tu-4 versions having no direct U.S. equivalent. These included the Tu-4K missile carrier, a wing-to-wing flight refueling tanker, and the Tu-4T transport. The Tu-4A was the first Soviet nuclear-capable bomber. Experimental versions included engine testbeds, a towed escort fighter program, and more. The book also describes the Tu-4's production and service history (including service in Chinathe only nation besides the USSR to operate the type) and touches on the Tu-4's transport derivatives, the Tu-70 airliner, and the Tu-75 military airlifter. The book is illustrated with many color side views and hitherto unpublished photographs.