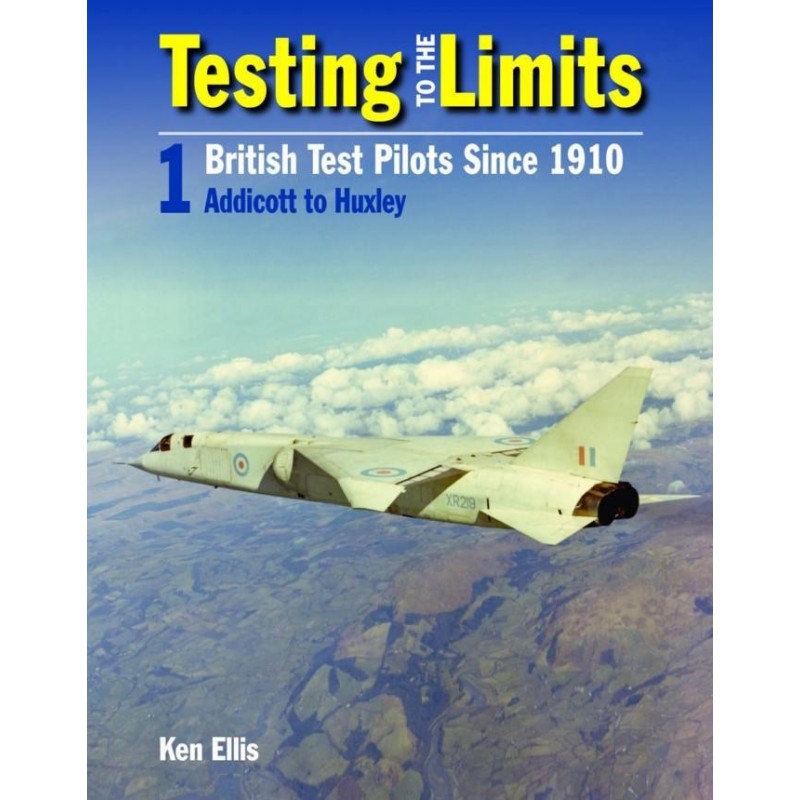 Tentative flights hops by Edwardian-era pioneers led to the development of a world-class industry. Spearheading this were the test pilots who ventured into the unknown in British-built aircraft for their maiden flights. As well as those that became household names, Testing to the Limits also brings to the fore many unknowns who risked everything to take a prototype into the skies.

The culmination of a 20-year project, in two volumes Testing to the Limits charts the careers and endeavours of over 400 company test pilots. Inter-related biographies brim with types first flown, incidents and anecdotes, including first-hand quotes. It is the most comprehensive study on the subject ever produced.

From Short biplanes of 1909, the book traverses the abundance of prototypes in the 1920s and 1930s, the advances of World War Two from Spitfire to Vampire, the post-war challenges of the sound barrier and the pressures of the Cold War to the supersonic Concorde, the Harrier jump-jet and todays fly-by-wire Typhoon.

Designer-pilots, flight test observers, the Empire Test Pilots School, the relentless pace of production test, engine test-beds and the origins of the ejector seat, the service test institutions and a glimpse of the future - all aspects of these extraordinary flyers are examined.

Chris Yeo, BAE Systems Typhoon test pilot, provides a foreword to this ground-breaking title which is lavishly illustrated with over 300 photos. Testing to the Limits is not just a tribute to a band of elite aviators it is also a vibrant commentary on the failures and successes of the British aircraft industry.