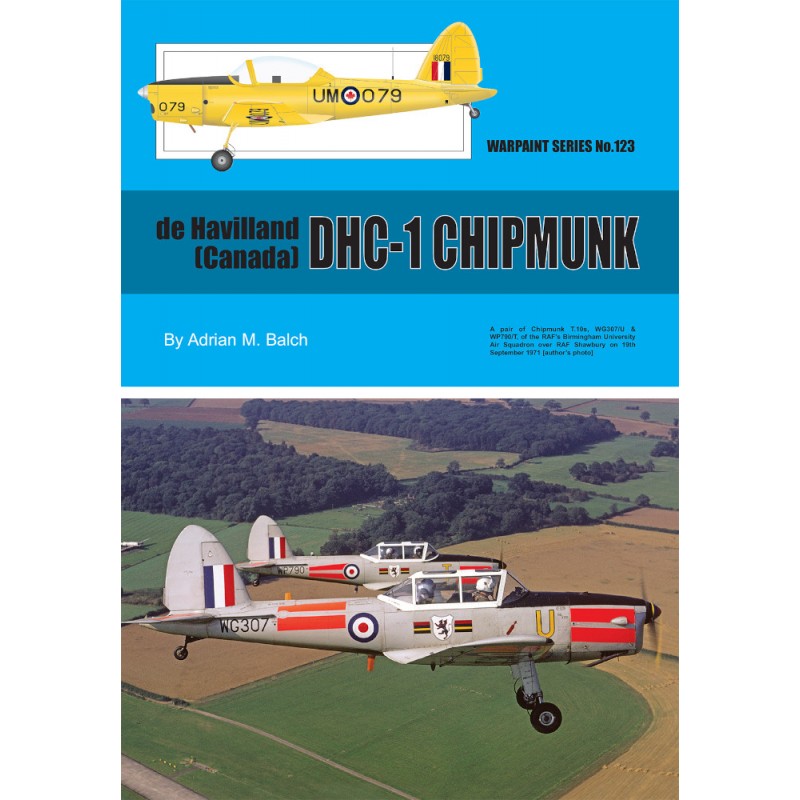 de Havilland (Canada) DHC-1 CHIPMUNK - by Adrian M BalchThe Chipmunk is probably the most famous and well-known post-war piston-engined basic training aircraft after the Tiger Moth, for which it was designed as a replacement by de Havilland in Canada. It first flew on 22 May 1946 and entered operational service that same year. During the late 1940s and 1950s, the Chipmunk was procured in large numbers for air arms around the world, primarily the Royal Canadian Air Force (RCAF) and the, Royal Air Force (RAF), who utilised it as their standard primary trainer aircraft. The type was also produced under licence by de Havilland in the United Kingdom, who would build the vast majority of Chipmunks, as well as by OGMA (Oficinas Gerais de Material Aeronáutico) in Portugal.The type served with the RAF right up until 1996 in the ab initial training role and many still fly today in civilian guise. This is another quality publication in the Warpaint series by author Adrian Balch, who relates the history of the Chipmunk together with colour scheme details for the modeller, supported by no less than 90 top quality photographs from his archives, the majority of which are in colour. Many colourful profiles are provided by Jan Polc, making this 48-page publication a 'must have' for the aviation historian and modeller alike.