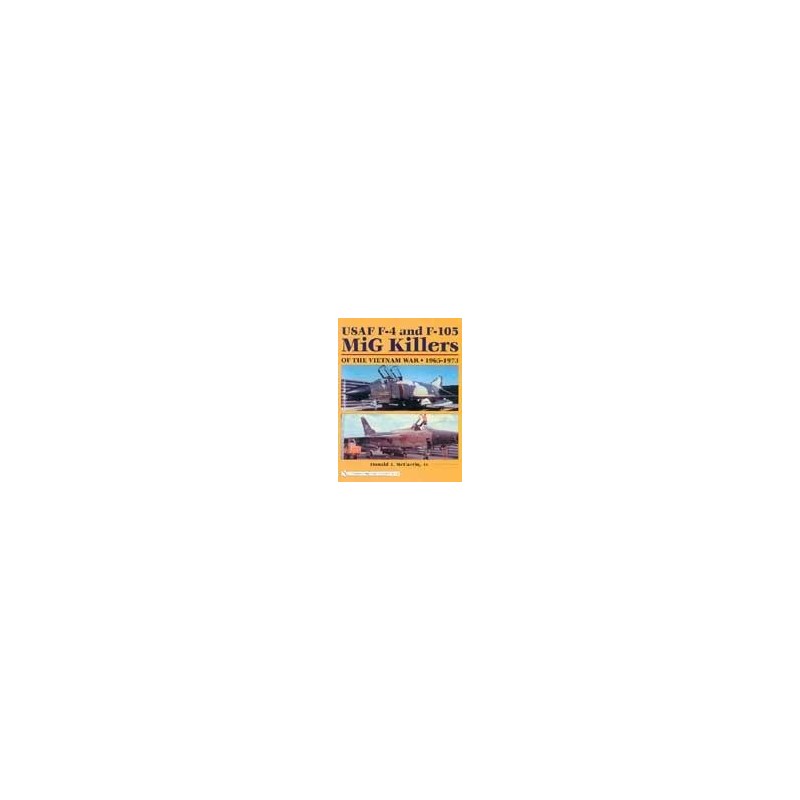 Presented here is the most complete photo collection of U.S. Air Force F-4 Phantoms and F-105 Thunderchiefs credited with aerial victories during the Vietnam era. Of the total one hundred-thirteen individual Phantoms and Thunderchiefs credited with aerial victories, the reader will discover photographs of one hundred and six of these historic aircraft. The reader will discover photographs of the only F-4 Phantom to down six MiGs. The jet flown by Captain Richard Steve Ritchie on 28 August 1972, when he distinguished himself by becoming the first Air Force ACE of the Vietnam War appear here. Also shown are the three Phantoms flown by Colonel Robin Olds in claiming four MiG kills. Accompanying each photograph is detailed information regarding the aircrews, units, call signs of the individual aircraft, primary weapon system used in destruction of the enemy MiG, and a short narrative regarding each air battle.