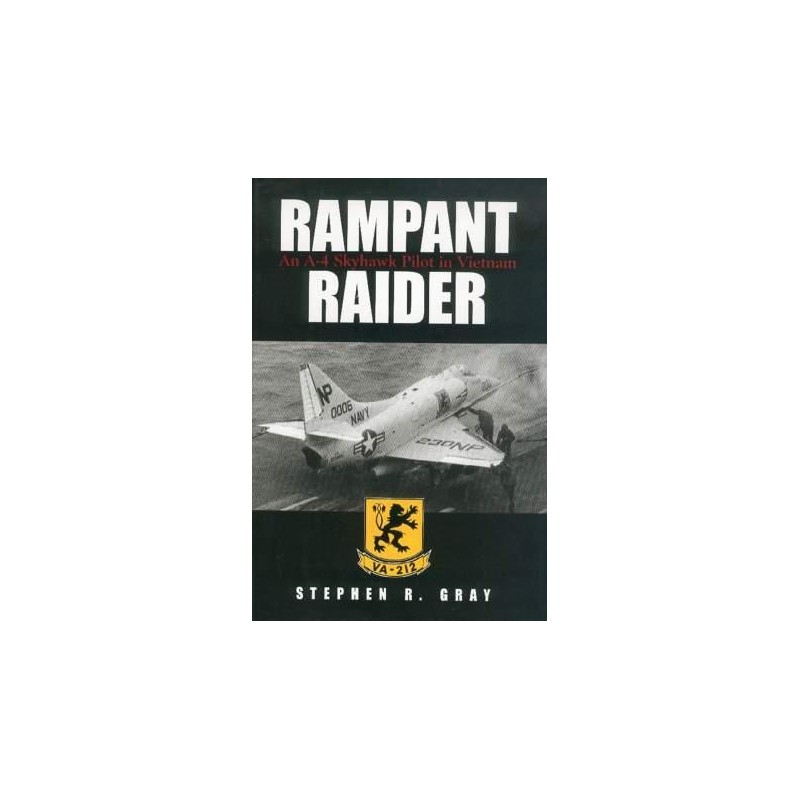 RAMPANT RAIDER. An A-4 Skyhawk Pilot in Vietnam.

- Compelling story of an A-4 pilot in Vietnam

A member of Light Attack Squadron 212's Rampant Raiders, A-4 pilot Stephen R. Gray writes about his experiences flying combat sorties from the deck of an aircraft carrier during one of the most intense periods of aerial combat in U.S. history. From the perspective of a junior naval aviator, Gray reveals the lessons he learned first at the Naval Aviation Training Command and then in actual combat flying the Skyhawk from USS Bon Homme Richard in Vietnam. Readers will discover how circumstances created heroes-heroes who managed to overcome their personal fears for a greater cause-and how, despite the lack of public support for the war, the men remained committed to one another.

RAMPANT RAIDER. An A-4 Skyhawk Pilot in Vietnam.