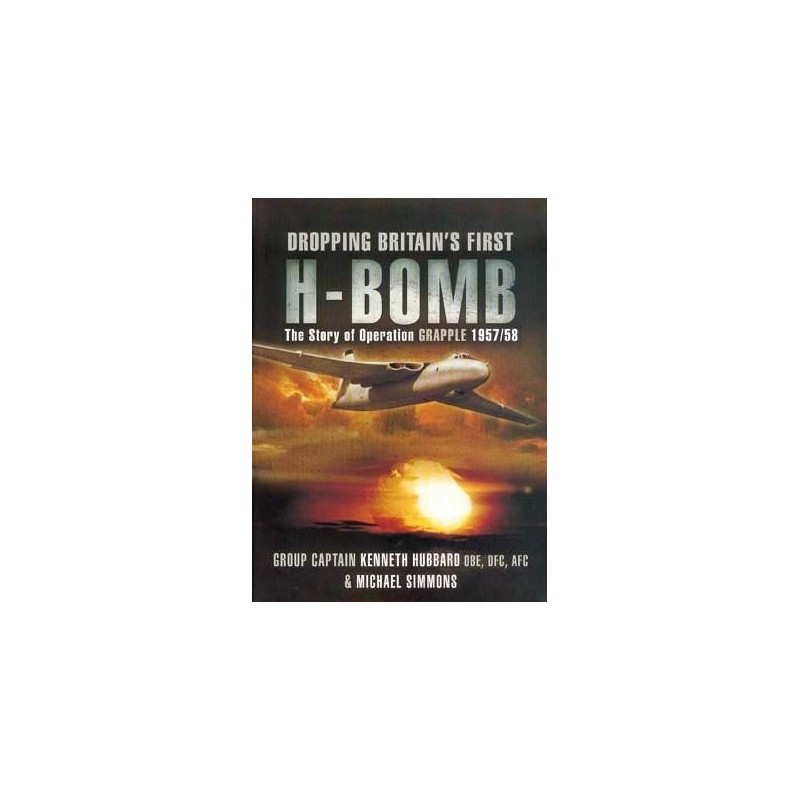 - On 15 May 1957/58 Vickers Valiant V-Bomber XD818 under the command of Wg Cdr Kenneth Hubbard, OC 49 Squadron RAF, dropped Britain's first live thermonuclear bomb. The success of Operation Grapple broadcast to the world that the UK had the resolve and the capability to protect her own democracy and that of her Commonwealth. It was a major breakthrough that ensured Britain maintained her place in the most senior influential positions of the United Nations and other corridors of world power, and in the ensuing years provide Britain's deterrent throughout the decades of the Cold War.

The theme of this book is to explain how the RAF selected and trained the crews who would be responsible for the precision dropping of the several weapons that would detonate during Grapple. It also provides a complete background to the parts played by all other services during this unique period in British history.