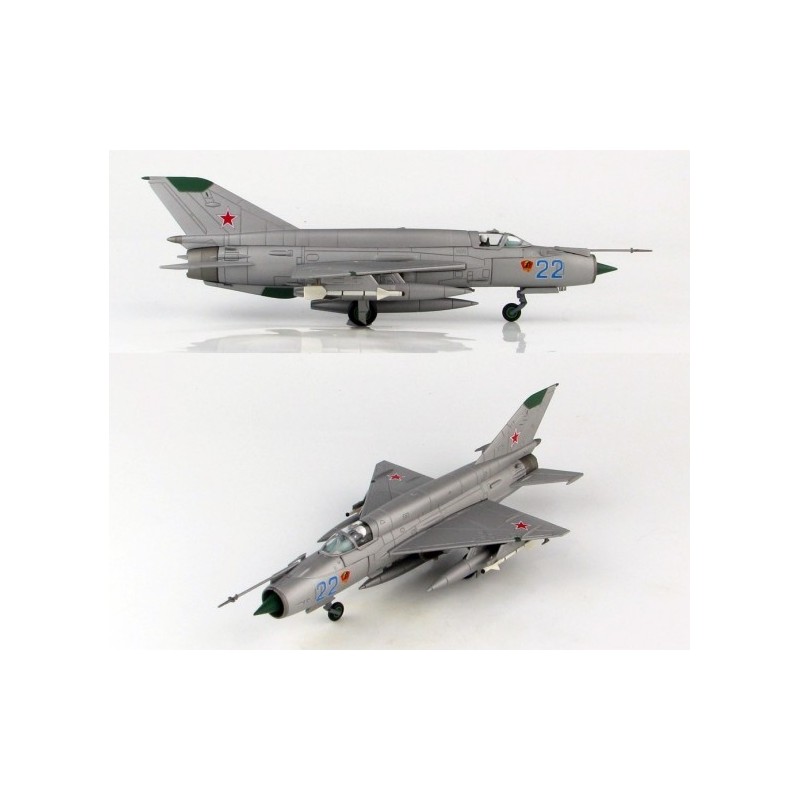 The Mikoyan-Gurevich Mig-21 is the world most widely used supersonic fighter which has been used by over 30 countries and 56 air forces. It is the most produced aircraft since World War II with an estimation of over 10,000 in the Soviet Union alone.

The Mig-21 has a top speed of Mach 2 and has proven to be an effective and easy to maintain aircraft in many conflicts. It first achieved renown in the Vietnam War where it posed itself a challenging adversary for more technological advanced aircrafts like the F-105 and F-4 Phantom. The Mig-21 is certainly one of the most famous aircrafts in the world for all times.

The Krasnodar Higher Aviation Training Facility was formed in 1938 and held various names over the years. The objective was to train Soviet pilots to fly aircraft of the day. From 1970 until 1992 the aircraft of choice for training was the MiG-21 with the MiG-21SMT in service from the late 1970s until 1980 the early 1980s. These aircraft not only trained Soviet pilots but pilots from Vietnam, Angola, Cuba and many other countries Soviet operating Soviet aircraft. The marking on the aircraft nose is an Excellent Aircraft Award.

Weapons 2 x 23 mm cannons and a maximum of 1000 kg other weaponry depending on type of mission.