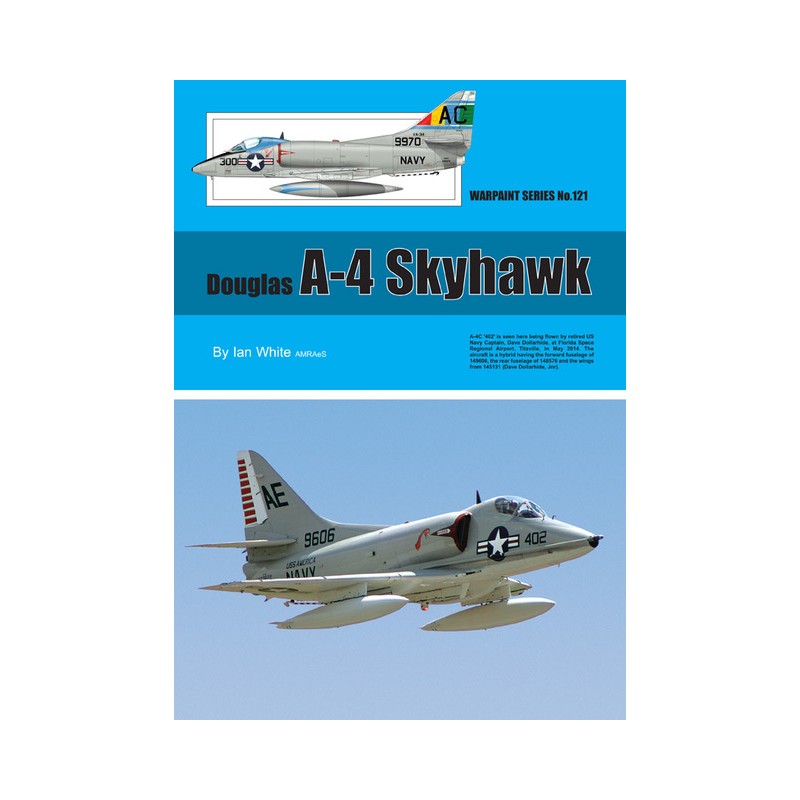 Born out of a United States Navy (USN) requirement for a carrier-based, tactical, nuclear strike aircraft and designed under the supervision of the Douglas Aircraft Company’s Edward H.Heinemann, the Skyhawk went on to become one of the USN and United States Marine Corps (USMC) iconic aircraft of the Vietnam War.

Based around Heinemann’s concept of ‘keep it light, keep it simple’ the Skyhawk evolved from a light-weight nuclear strike aircraft to an aircraft capable of hauling large amounts of ordnance by comparison to its size and with it a proven ability to accept damage and survive. It also served in the training, carrier qualification, ‘buddy’ tanker and target facilities roles. Originally designated A4D under the USN’s designation system, but better know from 1961 as the A-4, the Skyhawk was built in large numbers at Douglas’ and later McDonnell Douglas’ factories at El Segundo and Long Beach.

The prototype Skyhawk flew for the first time on 22nd June 1954 and entered USN service with Attack Squadron VA-72 at Quonset Point Naval Air Station in August 1956 and with the USMC the following month at Marine Corps Air Station, El Toro. Thereafter, the Skyhawk flew with in excess of fifty USN front line attack units and some fifteen units with the USMC, followed by a long career with the reserves and training squadrons, before it was retired from the USMC in June 1994 and the USN in September 1999. In addition to service with the USN and USMC, the Skyhawk served with the Argentinian Air Force and Navy, the Australian Navy, the Brazilian Navy, the Royal New Zealand Air Force, the Kuwait Air Force, the Iraqi Air Force, the Indonesian Air Force, the Israeli Air Force, the Republic of Singapore Air Force and the Malaysian Air Force. After retirement from military service Skyhawks operated under civilian registration in the US, Canada and Germany, where they are still flying, and with heritage organisations across North America. Overall, quite a record for an aircraft that never, thankfully, flew operationally in its intended role. This 144 page book is written by Ian White and is superbly illustrated by Richard J. Caruana.