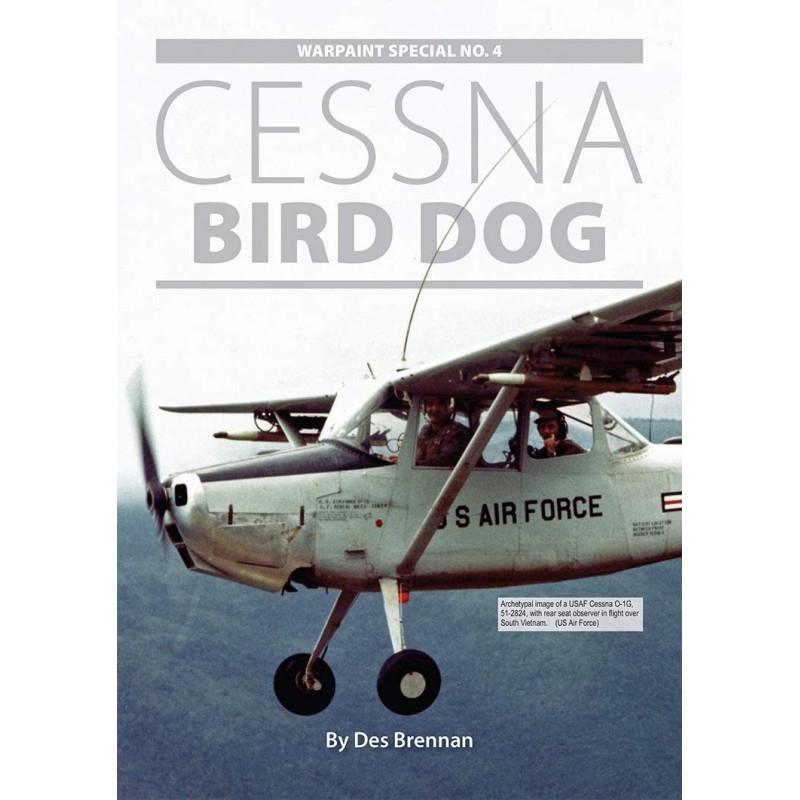 Cessna's Bird Dog was designed and built to serve in what some might regard as the unglamorous field of Army co-operation at a time when attention was more often focused on a growing array of gleaming silver, nuclear-capable jet fighters and bombers deemed essential for a seemingly inevitable Third World War. Nonetheless the Bird Dog was flown sometimes by multiple services and by a wide range of nations on every continent.

The Bird Dog served in numerous internal and cross-border conflicts and was from the 1950s into the 1980s, and with the UH-1 Huey helicopter epitomised the role of the United States air power in operations over South-East Asia during the 1960s and into the 1970s.

This superb 68-page book is written by Des Brennan with superb colour profiles by Mark Roolfe.