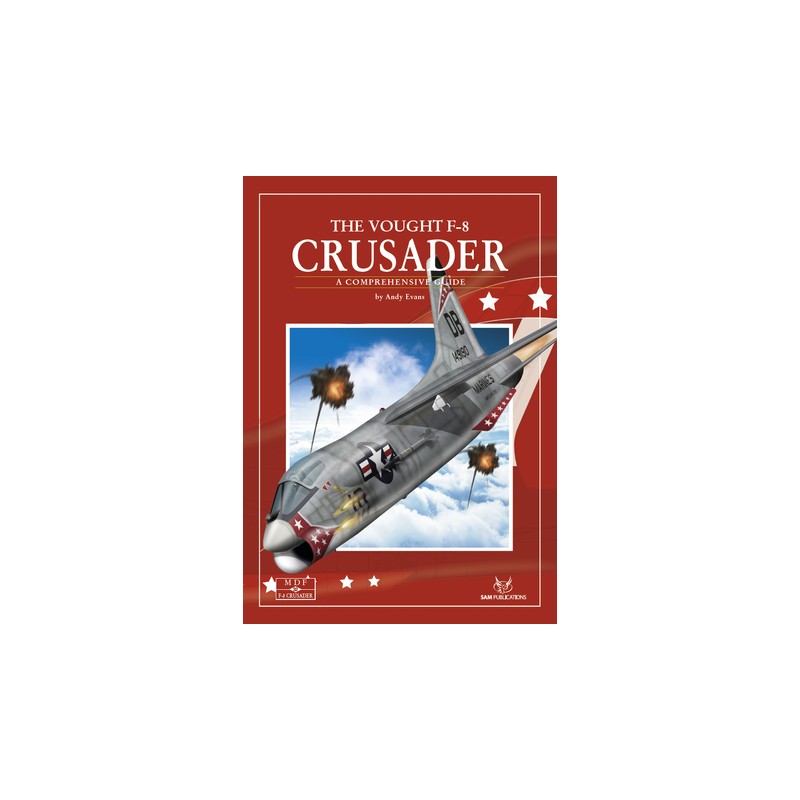 The Vought F-8 Crusader was a direct response to a United States Navy requirement for a modern supersonic, carrier-based fighter. Utilising nearly the identical powerplant of the North American F-100 Super Sabre and looking like the big brother of the A-7 Corsair, the F-8 Crusader became the world's first carrier-based aircraft to break the speed of sound. The Crusader was quickly pressed into service over the skies of Vietnam with the growing American commitment in Southeast Asia, where it served with distinction with US Navy and US Marine Corps. As a predominantly cannon-armed fighter, the F-8 has been seen by many as the end of the line for all-cannon-armed fighter jets - making the F-8 the ‘last of the gunfighters’. The Navy went on to utilise the Crusader in the more of a traditional dogfighting interceptor role, whilst the US Marines operated it as a limited strike/attack aircraft. The Crusader was also fielded as a dedicated reconnaissance version the RF-8, along with a two-set trainer, as well as a Drone Controller aircraft and also served with NASA as a flying test bed. The Crusader eventually proved its worth through action and resiliency and found frontline service across four decades including service with the French Navy. The Philippines Air Force was the third and final operator of the F-8 and these were retired in 1991. The XF8U-3 was a highly-modified offshoot of the F-8 Crusader line, and this version became known as ‘Crusader III’, however, the prototypes competed unsuccessfully against the McDonnell Douglas offering that would eventually become the F-4 Phantom. The F-8 Crusader remains one of the icons of 20th Century aviation, and the ‘last of the gunfighters’ is showcased and celebrated here in this new Datafile from SAM Publications.