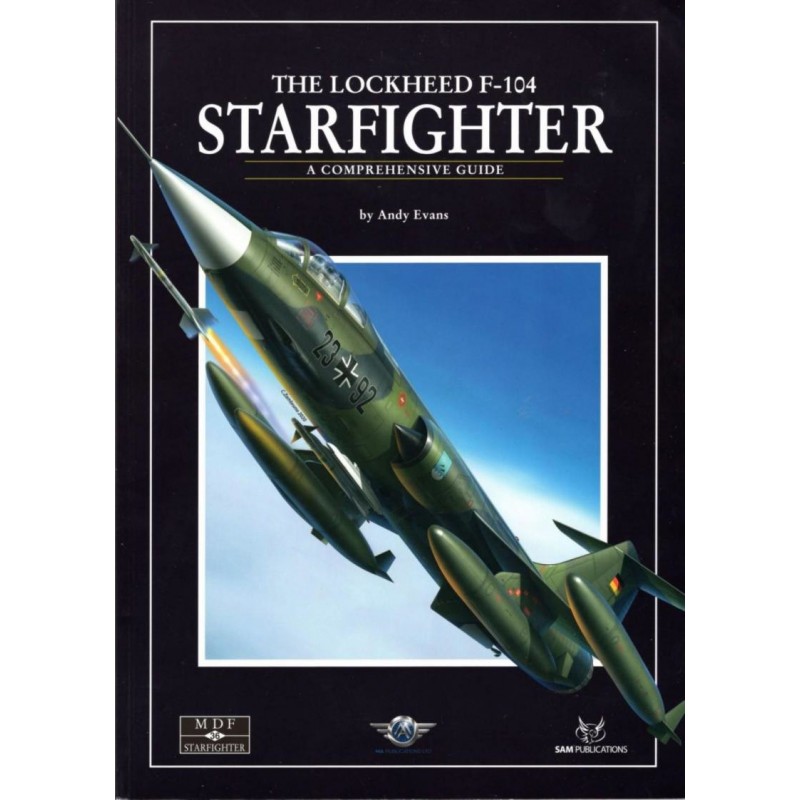 The missile shaped Lockheed F-104 Starfighter was a single-engine, high-performance, supersonic interceptor originally developed for the US Air Force by Lockheed as one of the Century Series of aircraft. It was also operated by the air forces of more than a dozen nations from 1958 to 2004. The F-104 served with the USAF from 1958 until 1969 and continued with Air National Guard units until 1975. The National Aeronautics and Space Administration (NASA) flew a small mixed fleet of F-104 types in supersonic flight tests and spaceflight programs until 1994. USAF F-104Cs saw service during the Vietnam War, and F-104A aircraft were deployed by Pakistan briefly during the Indo-Pakistani wars. Republic of China Air Force (Taiwan) F-104s also engaged the People's Liberation Army Air Force (China) over the disputed island of Quemoy. The operational service of the Starfighter ended with its retirement by the Italian Air Force in May 2004. A total of 2,578 Starfighters were eventually produced, mostly by NATO members. A set of modifications produced the F-104G model, which won a NATO competition for a new fighter-bomber. Several two-seat trainer versions were also produced, the most numerous being the TF-104G. The ultimate production version of the basic fighter model F-104 was the F-104S all-weather interceptor designed by Aeritalia for the Italian Air Force and equipped with radar-guided AIM-7 Sparrow missiles. Clarence ‘Kelly’ Johnson, the chief engineer at Lockheed's Skunk Works, visited Korea in December 1951 and spoke with fighter pilots about what sort of aircraft they wanted. At the time, the pilots were confronting the MiG-15 with North American F-86 Sabres, and many of the American pilots felt that the MiGs were superior to the larger and more complex American design. The pilots requested a small and simple aircraft with excellent performance, and armed with this new-found information, Johnson immediately started the design of such an aircraft, following his return to the United States. In March, his team was assembled; they studied several aircraft designs, ranging from small designs at 8,000lb, to fairly large ones at 50,000lb. In order to achieve the desired performance, Lockheed chose a minimalist approach - a design that would achieve high performance by wrapping the lightest, most aerodynamically efficient airframe possible around a single powerful engine. The engine chosen was the new General Electric J79, an engine of dramatically improved performance compared to contemporary designs. Lockheed was granted a development contract in March 1953 for two prototypes, these were given the designation XF-104. Work progressed quickly, with a mock-up ready for inspection at the end of April, and work starting on two prototypes late in May, and in November 1955 the prototype was accepted by the USAF. Based on the XF-104 testing and evaluations, the next variant, the YF-104A, was lengthened and fitted with a General Electric J79 engine, modified landing gear and modified air intakes. The first YF-104A flew on 17 February 1956 and other trials aircraft were soon carrying out and equipment evaluation and tests. Modifications were made to the aircraft including airframe strengthening and a ventral fin was added. Problems were encountered with the J79 afterburner and delays were caused by the need to add Sidewinder missiles, but by January 1958 the first USAF operational squadron was formed, and the Starfighter began its journey into aviation history! This latest volume in the ever popular Datafile series guides you through the variants and users of the Starfighter and will be a valuable resource for modellers and enthusiasts alike and features builds of the recent Kinetic Starfighter kits.