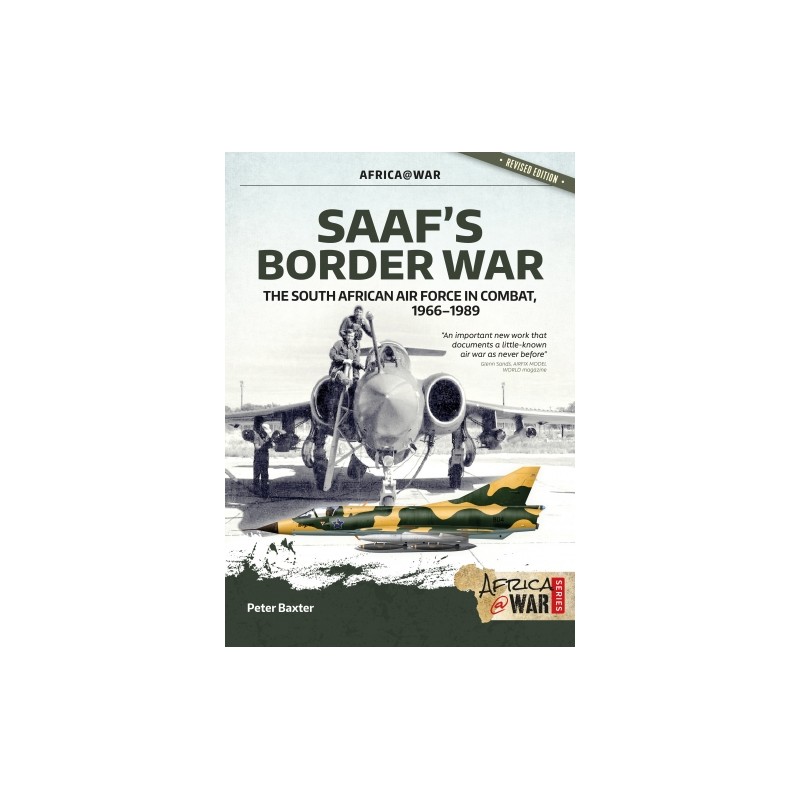 South African Mirages and Cuban MiG-21s dogfighting over Cuito Cuanavale, the largest tank battle on African soil since El Alamein; Puma troopships shot out of the skies by Strela missiles and RPG-7 rockets; Alouette III gunships hovering menacingly above Koevoet tracker-combat teams as they close in for the kill; Hercules and Transall transports disgorging their loads of Parabats over Cassinga; suicidal helicopter hot-extractions of Recce operators deep in enemy territory; and a lone Alouette pilot who disobeyed orders and under intense ground fire evacuated a critically wounded soldier … such is the story of the South African Air Force, the SAAF, over the 23-year period 1966-1989, the period of conflict that became known as the 'Border War'. Set against the backdrop of the Cold War, the SAAF was effectively South Africa's first line of defence against Soviet expansionism in southern Africa. That the Soviets, through their surrogates - the Cuban military, Angola's FAPLA and Namibia's SWAPO - sought a communist regime in South Africa is indisputable, as too was the SAAF's skill, quality, determination and capability to defeat the best Soviet air defences of the time. This account covers all the major operations that the SAAF was involved in, from Operation Blouwildebees, the opening salvo of the conflict at Omgulumbashe, South West Africa in 1966 to the final curtain, Operation Merlyn, the so-called April Fool's Day 'war' of 1989 when the SAAF and Koevoet, almost alone, frustrated SWAPO's last throw of the dice with its illegal invasion of South West Africa. In this account, highlighting such operations as Reindeer, Bootlace/Uric, Sceptic, Protea, Daisy, Askari, Moduler, Hooper and Packer, among many, as well as the ongoing methodological operations like Lunar, Maanskyn, Donkermaan and Butterfly, Baxter examines and brings to life the squadrons and aviators that fought in both counter-insurgency and conventional warfare roles. Besides an extensive selection of rare photographs, the book features a comprehensive section on camouflage and markings and 11 pages of colour aircraft profiles and insignia by noted SAAF authority William Marshall, making this title especially useful for modelers.