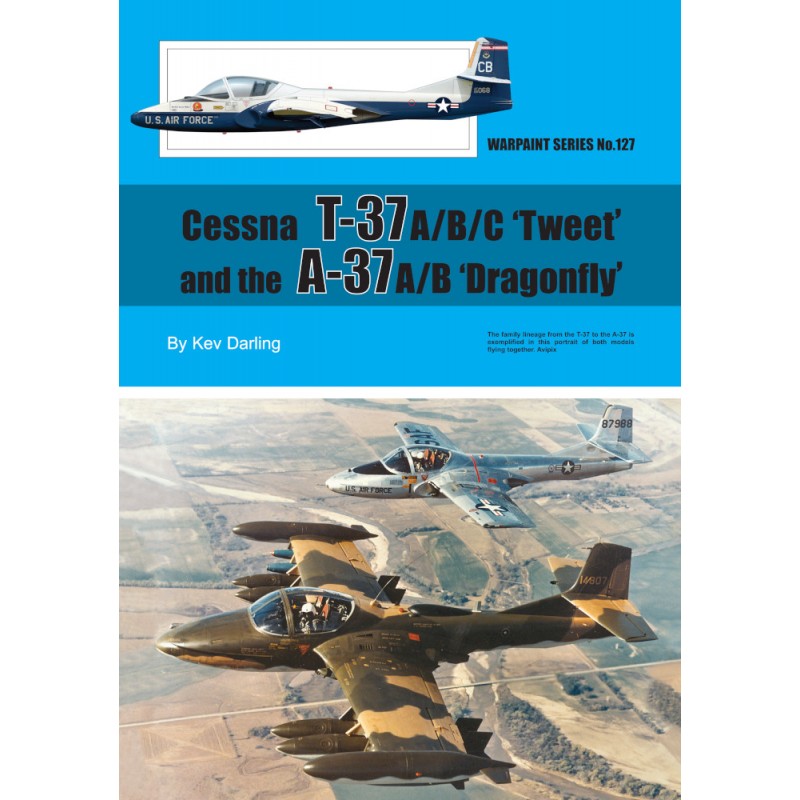 When USAF went searching for a new jet trainer in the early 1950's to replace the Lockheed T-33, it came as a great surprise to all when Cessna, best known for producing light aircraft, actually won the competition. Little did anyone realise that the T-37, the new training aircraft's designation, would stay in service for fifty years. Along the way the fleet had many rebuilds and is reckoned to have conservatively trained over 500,000 pilots to wings standard. Along the way it garnered many nicknames including 'Tweet, Tweety Bird' and the 'Screaming Dog Whistle'. Had the conflict in Vietnam been avoided this might of been the end of the line for the multi coloured trainer. As America became more involved with the conflict in South East Asia USAF was on a buying spree for all of the latest all singing, all dancing fighter attack aircraft. However, despite their supersonic capability and state of the art avionics these mighty behemoths were not suited to the close air support role. The answer would be to recall some stored early T-37's from the boneyard at Davis-Monthan and in consultation with Cessna turn the 'Tweet' into an attack aircraft. Few high tech gizmo's were needed although the new fighter would sport a minigun in the nose. Pylons were added under the strengthened wings, tip tanks, from the T-37C, were added and engines with a bit more grunt were fitted. The designated unit destined to fly the A-37A 'Dragonfly ' was the 8th Special Operations Squadron. Such was their dedication that a shack on the bombing range was used a measuring point for bombing accuracy. They knew they had succeeded when one pilot blew up the Shack exclaiming the 'SHACK' call over the radio very loudly. The A-37A was soon followed by the 'B' model that was vastly improved and went onto serve globally for many years especially in Latin American countries where a few linger on. This book is written by Kev Darling and is supported with artwork by John Fox.