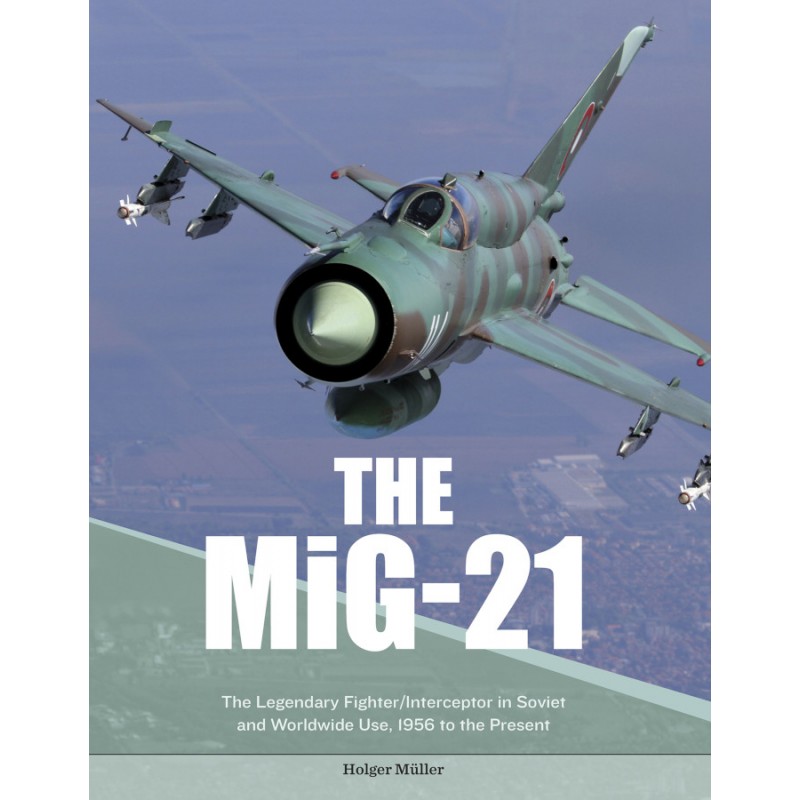 This book presents a detailed look at the design and development of the legendary MiG-21, including its powerplant, armament, upgrades, and variants. The Mikoyan-Gurevich MiG-21 was the standard fighter/interceptor aircraft of the Warsaw Pact and it stood up to its western counterparts for decades. This single-engine, supersonic jet fighter entered service in 1959, and in addition to the Soviet Union, almost every eastern European military operated the Mach 2 fighter, including East Germany (which flew more than 500 aircraft of this type), Poland, Romania, Yugoslavia, and others. With approximately 11,000 of all types built, the MiG-21 has been produced in greater numbers than almost any other combat aircraft in history, and has also seen combat with such countries as Vietnam, China, Syria, Iraq, Angola, and others.