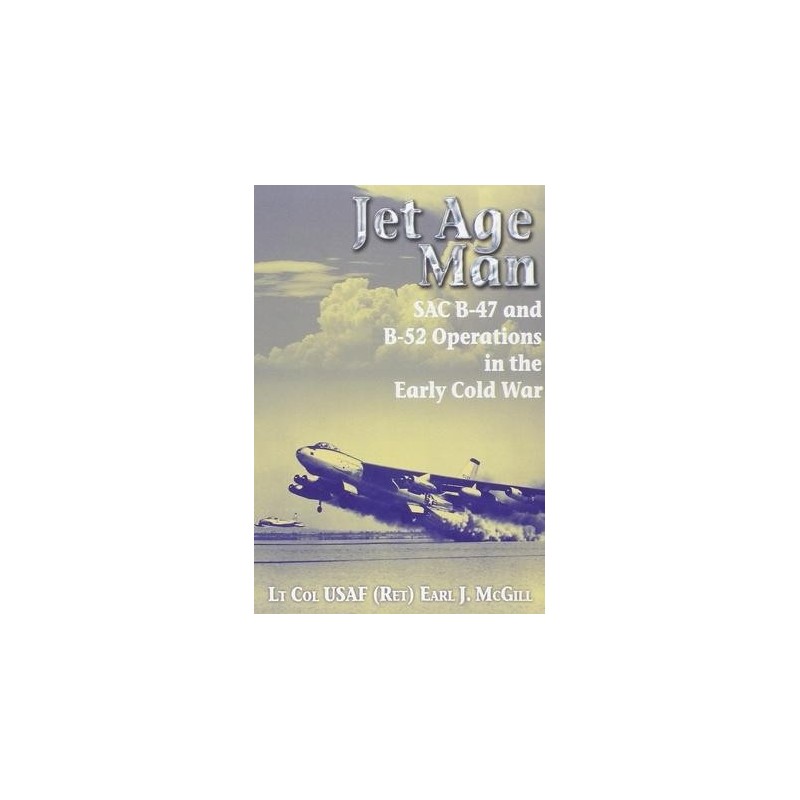 The events in Jet Age Man took place during the early Cold War, an era that will go down as a period when civilization teetered on the edge of the abyss. To some, nuclear deterrence appeared as utter madness, and was in fact commonly referred to as M.A.D. The concept of Mutually Assured Destruction provoked protests and marches, and the architect of M.A.D, General Curtis LeMay, became a symbol of madness himself.

Raised during those turbulent times, most contemporary historians conclude that we were lucky to have survived. What they fail recognize is that for LeMay and the thousands of Cold War warriors who fought and won while serving in the Strategic Air Command, the proof of concept lies not in the "what if?" but in the reality, "what did." Historically, M.A.D. succeeded where appeasement, diplomacy and even hot wars failed. When The Wall came down, strength, not weakness, had prevailed.

Most of this story takes place in the Cold War trenches of the Strategic Air Command. It is about those who served and the many who died, told by someone who, as a young man, literally held the fate of all mankind within reach of a switch. More particularly, this is a story of man's interaction with two bombers that changed the course of political history, and were perhaps the most influential aircraft in the annals of aircraft development.

The author piloted and instructed in both the B-47 and the B-52, starting out as a copilot in the B-47, then aircraft commander and finally, instructor pilot in both aircraft. Jet Age Man chronicles his fifteen-year relationship with the B-47 and the aircraft the B-47 became, the B-52--a bomber still in service today.