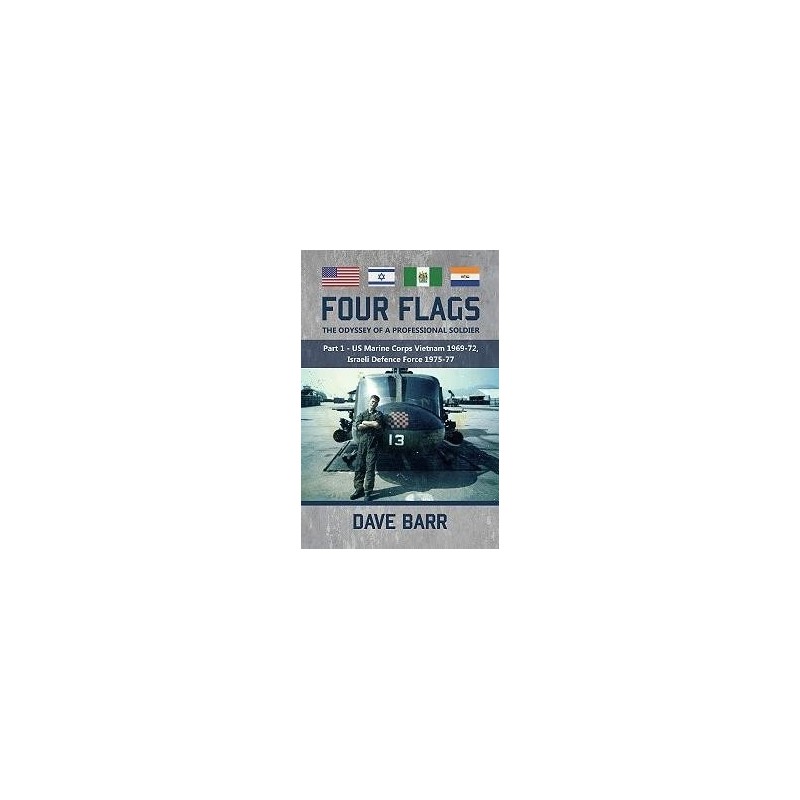 FOUR FLAGS, THE ODYSSEY OF A PROFESSIONAL SOLDIER. Part 1: US Marine Corps ....

Dave Barr had had a penchant for trouble since day one, born in the back of a car, shooting by the time he was five, riding a motorbike at seven, Dave regularly got into fights at school. The only reading Dave would do growing up involved motorbikes, shooting, westerns and the military. After reading Battle Cry by Leon Uris aged 12 he knew he wanted to be a Marine. Following a series of menial jobs, working at a barbers and in service stations, at 17 he joined the Marines before shipping out to Vietnam. This was his dream come true, flying as a helicopter gunner, he ended the war with an impressive 57 Air Medals.

After leaving the Marines, like many veterans Dave found it hard to hold down a good job and stay out of trouble. It was then that he read about Israel. Always looking for a rush Dave learnt to skydive before he deciding to take his chances, emigrating illegally to Israel. He was inducted into the Israeli Army and then the Paratroops, where the training was difficult, involving long tough marches, and learning Hebrew. After serving his time he left Israel - back in the USA Dave was stuck in a rut and ready for his next adventure This is the first volume in the gripping and action-packed memoirs of Dave Barr, providing a rich and colourful account of one man's odyssey as a professional soldier, seeing war at the 'sharp end'.

FOUR FLAGS, THE ODYSSEY OF A PROFESSIONAL SOLDIER. Part 1: US Marine Corps ....