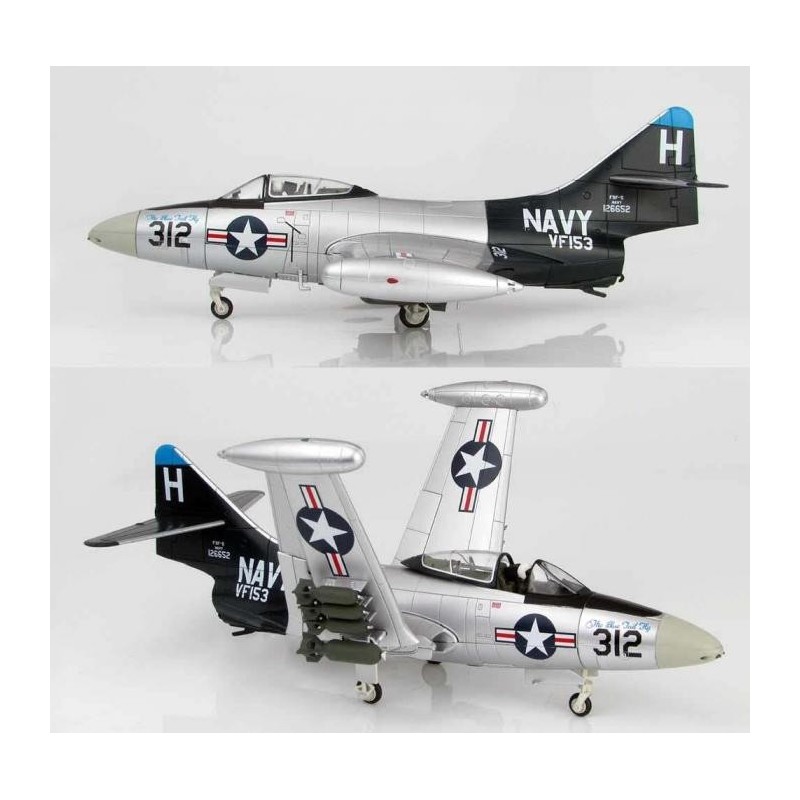 Powered by a Rolls-Royce engine the first F9F flew in 1947. These new engines were fuel hungry and with no extra internal space permanent wing-tip tanks were added. These tanks also had the unexpected benefit of increasing the aircraft roll rate. In the Korean War the F9F was the primary USN aircraft for ground-attack and served with distinction. However it was realized that the Panther was inferior to the MiG aircraft so a

swept-wing version was developed. The new aircraft retained the F9F designation and was called the Cougar.

Two Grumman F9F Panthers from VF-153 suffered AA fire damage. One Panther wore a natural metal finish and had its tail section destroyed while 126652 wore a glossy sea blue scheme and had its forward section destroyed so it was decide to mate the good sections from each aircraft to produce one airworthy Panther, 126652 the Blue Tail Fly. The unique aircraft flew 12 missions in this configuration before being sent for a