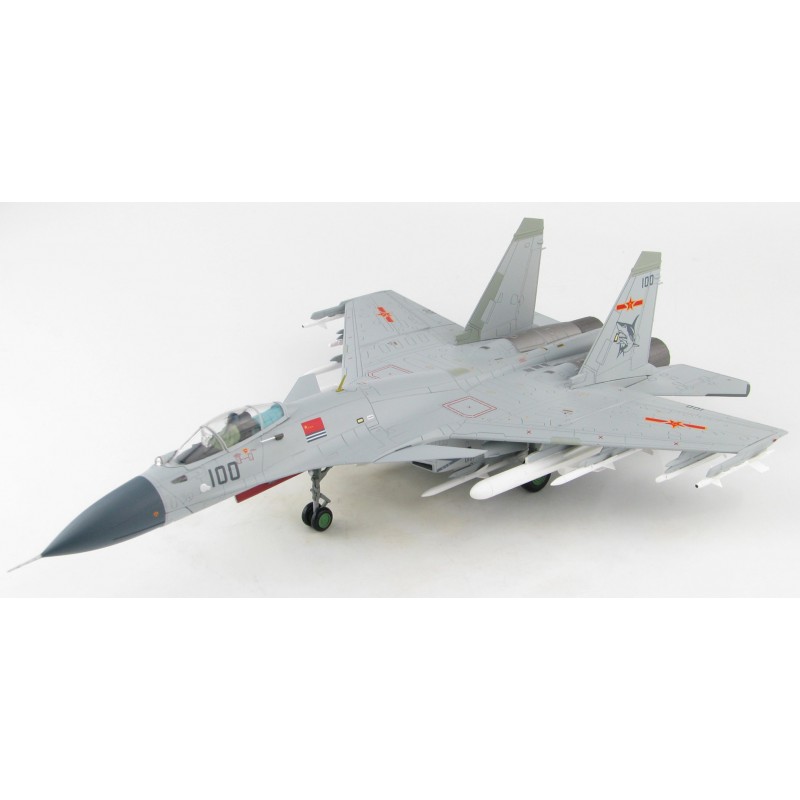 The J-15 is a Chinese twin-engine all-weather carrier-based fighter manufactured by the Shenyang Aircraft Corporation in cooperation with the 601 Institute for the Chinese PLAN aircraft carriers. In China the J-15 is known as the Flying Shark with a NATO designation of Flanker-X2.

China’s latest aircraft carrier, Shandong, was commissioned in December 2019 and is the first carrier completely built in China. It will join the carrier Liaoning but will be equipped with 44 J-15 aircraft, 8 more than the Liaoning. There are plans to build several more carriers over the next decade. J-15 No. 100 is the first of the service production J-15s. The newer production of the

J-15 is receiving a green primer instead of the earlier yellow paint. It is believed the green is a more robust product and needed to protect against salt water.