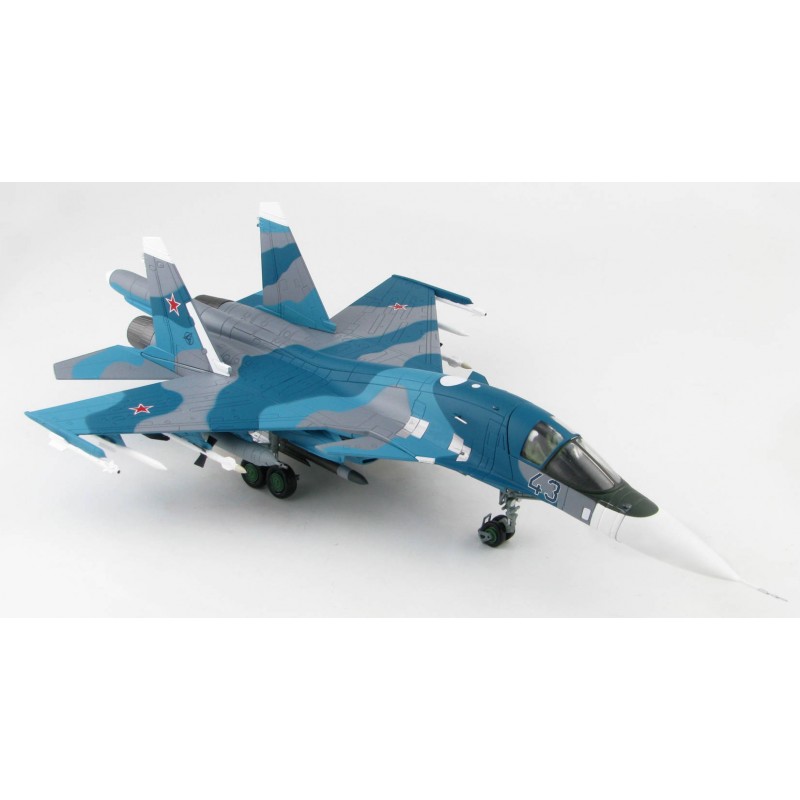 The Sukhoi Su-34 “Fullback” is an all-weather supersonic medium-range fighter-bomber/strike aircraft developed for the Russian Air Force and Navy with the intent to replace the Su-24M “Fencer” and Tu-22MS long-range bomber. The Fullback is based on the Su-27 “Flanker” and is deployment against ground and/or naval targets. As of April 2018 there have been 122 aircraft manufactured including 7 prototypes. The export designation of the Su-34 is Su-32.

Su-34 (T-10B-2) serial 416064300501 was the second prototype was built at the Novosibirsk plant NAPO Chkalov and completed its first flight on December 18, 1993 with Pilots I.V. Votinsev and EG Revunov at the controls. In 1994 it was assigned to the Flight Research Institute (Zhukovskly) and later transferred to a state flight testing center known as Valery Chkalov 929 GLITs VVS located north of Akhtubinsk where it took part in State sponsored tests up until 2010.

That same year the aircraft was repainted with the normal Su-27 color scheme.