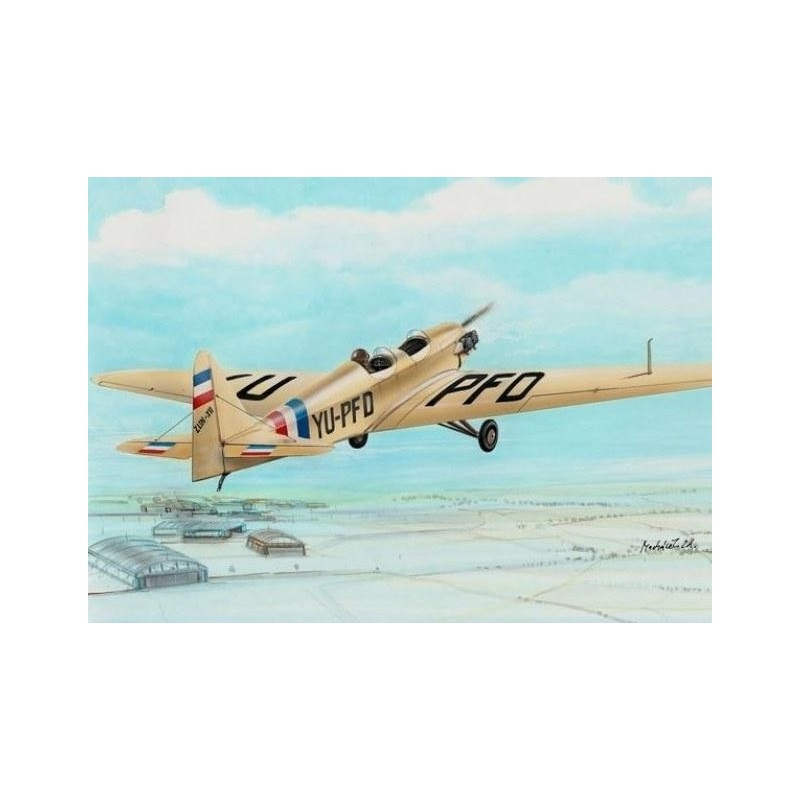 The first construction of Jaroslav Lonek made an aero company in Zlín was two-man self-Contained low-wing airplane Z-XII. Two first prototypes were tested in 1935. At the same time participated in a National fly of Czechoslovakia. After a very close crosscheck, from March to July 1936, where the seventh made airplane had flown 1000 hours / 140000 km, 529 sorties/ a production work could begin. The flyer had been manufactured with closed canopy or open canopy. It was run by engine Persy II with power 45 hp. A total of 201 Z-XII and 58 Z-212 were built.