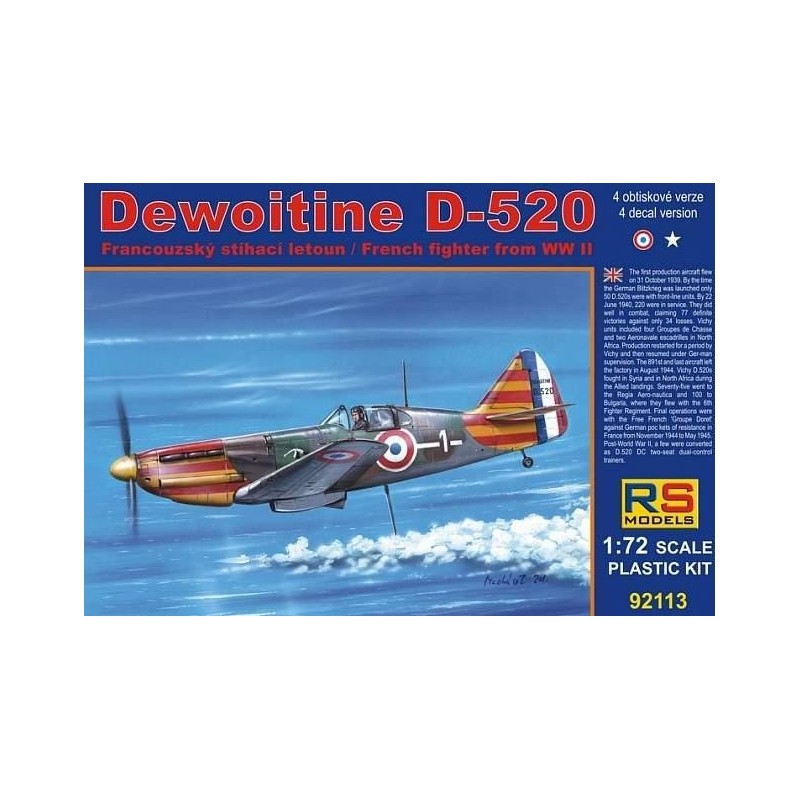 The prototype flew for the first time on 2 October 1938 with Marcel Doret at the controls and the first production aircraft flew on 31 October 1939. By the time the German Blitzkrieg was launched only 50 D.520s were with front-line units. By 22 June 1940, 220 were in service. They did well in combat, claiming 77 definite victories against only 34 losses. Vichy units included four Groupes de Chasse and two Aeronavale escadrilles in North Africa. Production restarted for a period by Vichy and then resumed under German supervision. Vichy D.520s fought in Syria and in North Africa during the Allied landings. 75 went to the Regia Aeronautica and 100 to Bulgaria, where they flew with the 6th Fighter Regiment. Final operations were with the Free French Groupe Doret against German poc kets of resistance in France from November 1944 to May 1945. Post-World War II, a few were converted as D.520 DC two-seat dual-control trainers. Powered by a supercharged 678kW Hispano-Suiza 12Y45 engine, the D.520 was armed with an engine-mounted HS-404 20mm cannon and four wing-mounted 7.5mm MAC machine-guns.