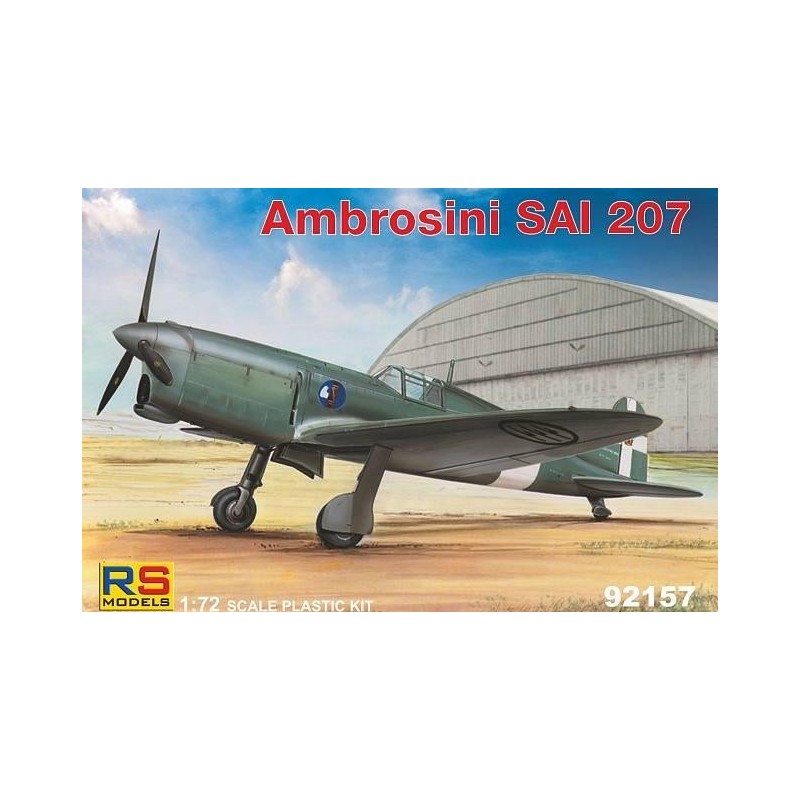 The SAI.207 was developed from the Ambrosini SAI.7 racing and sporting monoplane after the light fighter concept had been proven with the Ambrosini SAI.107 prototype. Steffanuti designed the aircraft to have a lightweight structure and light armament to allow lower-powered engines to be used, without unduly reducing performance. The first of three prototypes was completed and flown in the Autumn of 1940 as the sole SAI.107, which was a minimum change fighter development of the SAI.7, with identical dimensions, apart from length, at 8.02 m (26.31 ft) and the 402.7 kW (540 hp) Isotta-Fraschini Gamma engine. Weighing only 1,000 kg (2,205 lb) the Sai.107 reached a speed of 563 km/h (350 mph) in trials held at the Guidonia research establishment and manoeuvrability proved to be excellent. The SAI.107 was lost, along with pilot Arturo Ferrarin, in a crash on 18 July 1941.