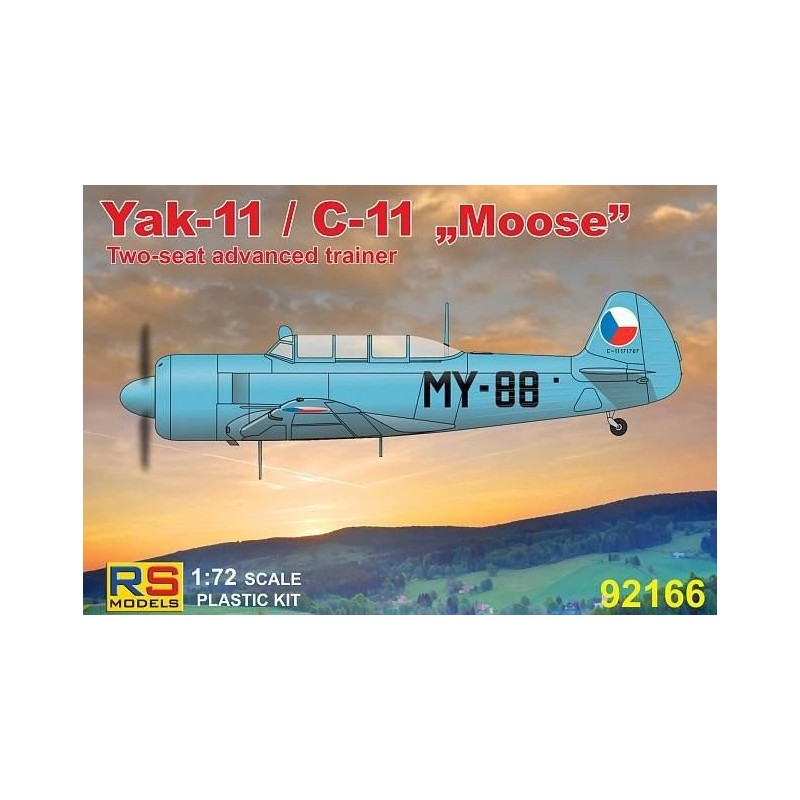 The Yakovlev design bureau began work on an advanced trainer based on the successful Yak-3 fighter in mid 1944, although the trainer was of low priority owing to the ongoing Second World War. The first prototype of the new trainer, designated Yak-UTI or Yak-3UTI flew in late 1945. It was based on the radial-powered Yak-3U, but with the new Shvetsov ASh-21 seven-cylinder radial replacing the ASh-82 of the Yak-3U. It used the same all-metal wings as the Yak-3U, with a fuselage of mixed metal and wood construction. Pilot and observer sat in tandem under a long canopy with separate sliding hoods. A single synchronised UBS 12.7 mm machine gun and wing racks for two 100 kg (220 lb) bombs comprised the aircraft's armament.