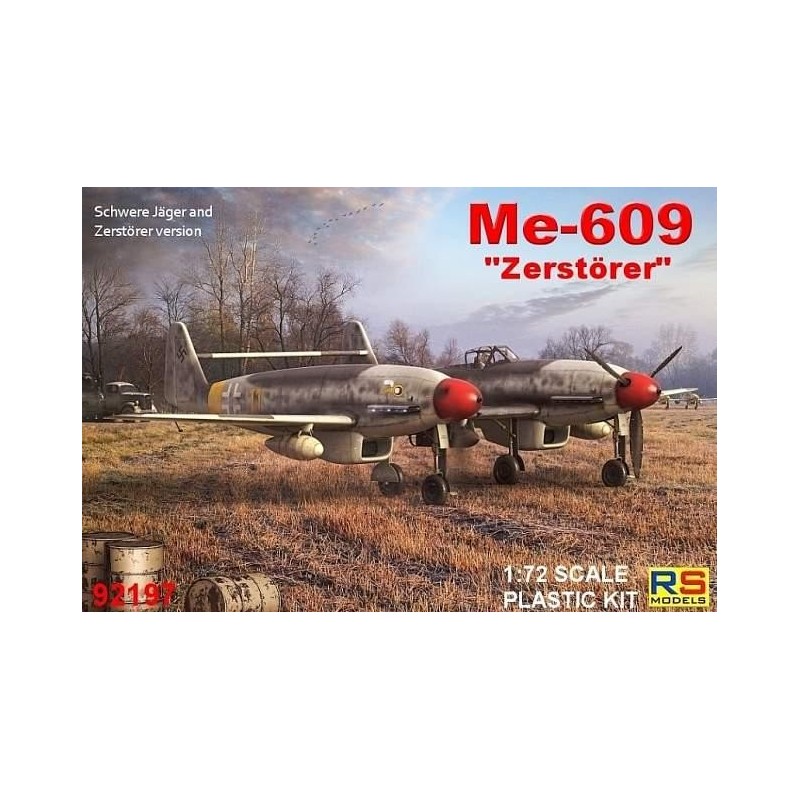 The Messerschmitt Me 609 was a project which joined two fuselages of the Me 309 fighter prototype with a new centre wing section together to form a heavy fighter.

This project was developed in response to a 1941 RLM requirement for a new Zerstörer to replace the Bf 110 in a short time and a minimum cost. Messerschmitt's response was the Me 609, which would use the Me 309 project to form the basis of the new fighter.

Very unusual was four-wheel arrangement. The Me 609 would have had its cockpit in the port fuselage, the starboard being smoothed over.

Two versions were planned, a heavy fighter with four or six MK 108 cannons, and a Schnellbomber variant with two 30 mm MK 108 cannons and a bomb load of 1,000 kg carried beneath the fuselages.