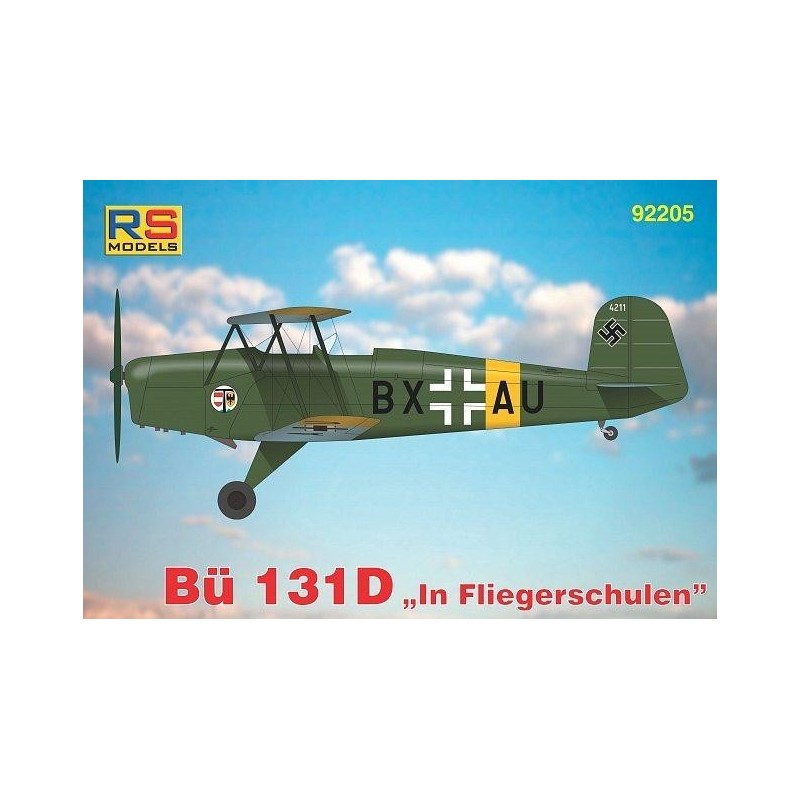 The Bücker 131 was a biplane for aerobatic and training use. Was designed by Anders J. Anderson and first flew on April 1934. Production of the Bü 131A powered by an 80hp Hirth HM 60R began in the same year. First aircraft were delivered to the Luftwaffe in 1935 year. During 1936, was produced Bü 131B with powerful 105hp Hirth HM 504A-2 engine. Most produced was the version D. The aircraft was used by Luftwaffe as training, also by night ground-attack. Was also exported in many countries - Japan, Switzerland, Spain, Yugoslavia, Romania and Bulgaria. Under licence was built in Japan and after WWII also in Spain-CASA and Czechoslovakia as C-104 trainer with Walter Minor 4-III.