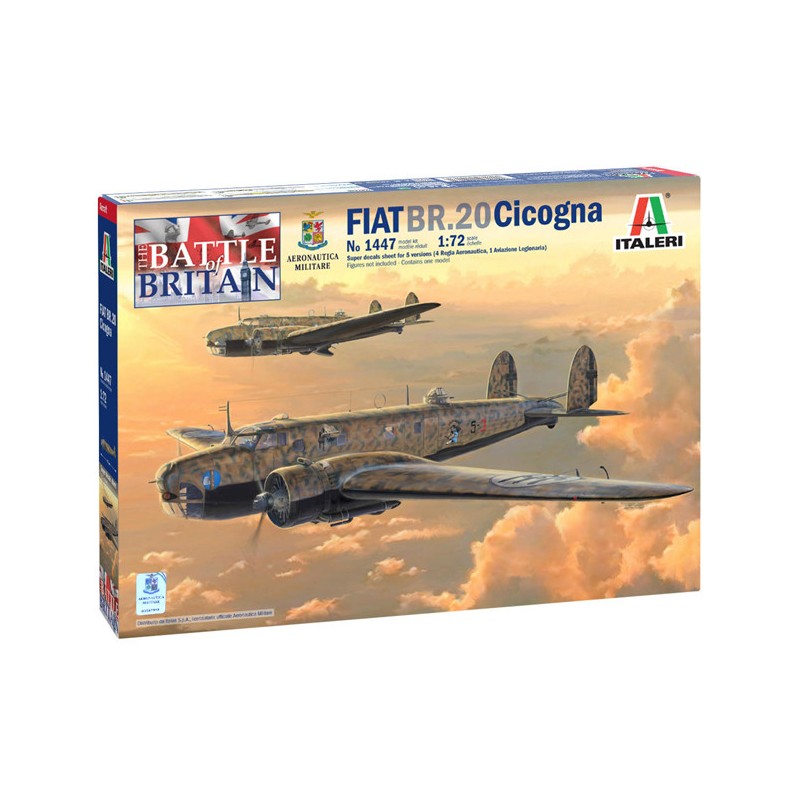 CONTAINS ONE MODEL - FIGURINES NOT INCLUDED

The “Cicogna” BR 20 medium low-wing bomber was developed by the Italian company Fiat during the 1930s. It entered service in 1936 and was characterized by the metal structure and the retractable landing gear. Modern and fast for the time, it was employed by the Legionary Aviation and had its baptism of fire in 1937 during the Spanish Civil War. During the Second World War it equipped several bombing departments of the Regia Aeronautica. In September 1940, the Italian Air Corps was formed, consisting of the 13th and 43rd Bombardment Wing equipped with the twin-engine Fiat. The flight departments were stationed in Belgium and took part, supporting the German Luftwaffe, in the Battle of Britain. The operational use and the comparison with the modern fighters of the RAF quickly highlighted its limits.