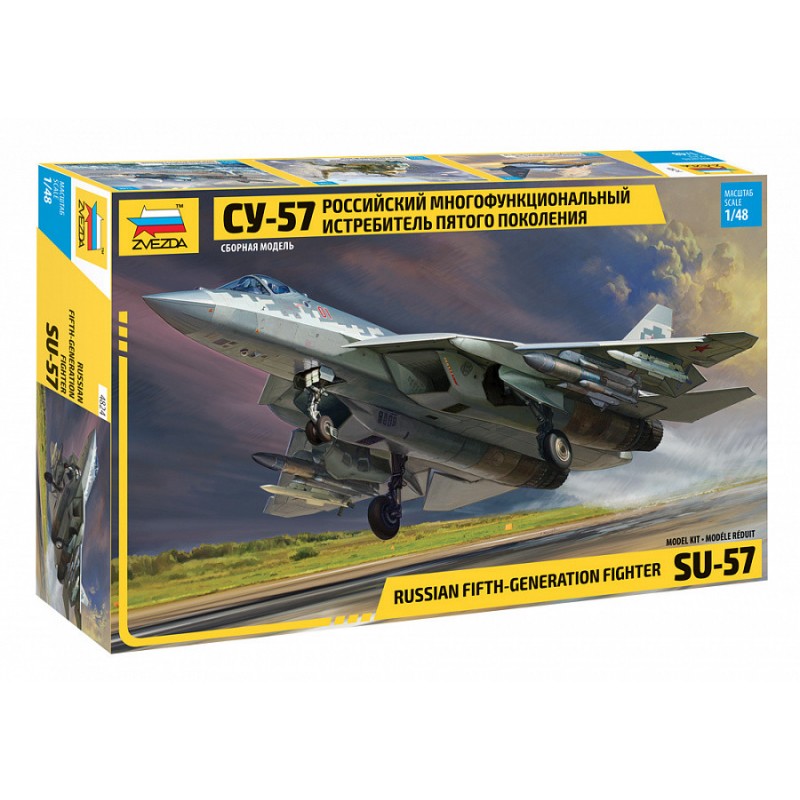 The Sukhoi Su-57 is a fifth-generation Russian multifunctional fighter jet, designed within the PAK FA program to replace the Sukhoi Su-27 heavy fighter jet. Su-57 can carry air battles at long and short distances, and strike at ground and sea targets. To destroy the enemy, the aircraft is armed with a 30-mm aircraft cannon and is capable of carrying modern types of air-to-air and air-to-surface missiles. The onboard equipment of the new fighter jet provides for real-time data exchange with both ground control systems and within the air force group, and to perform tasks in autonomous mode. During the development of the Su-57, measures were taken to reduce the radar signature - stealth technology. In February 2018, the Su-57 was tested in Syria, being engaged in real military operations. So far, the Su-57 has been in mass-production and is considered to be one of the best fighter jets of its class.