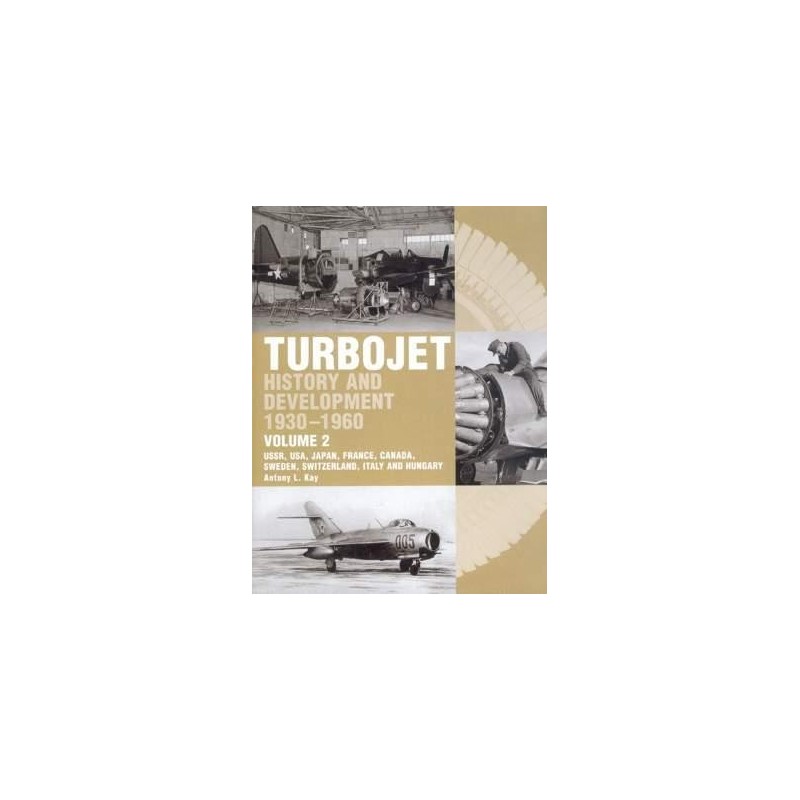 In the second and final volume of this complete history of the early years of the jet engine, Tony Kay covers all the countries to embark on jet engine development after the leads established by Great Britain and Germany before World War Two.

Most important amongst these countries, in terms of turbojet development, are the United States, France and the USSR, but the book also covers the engines produced by Sweden, Switzerland, Canada, Hungary, Japan and Italy.

Superby illustrated with hundreds of photographs of engines - turbojet, turboprop, turboshaft and turbofan - and the aircraft that they powered.