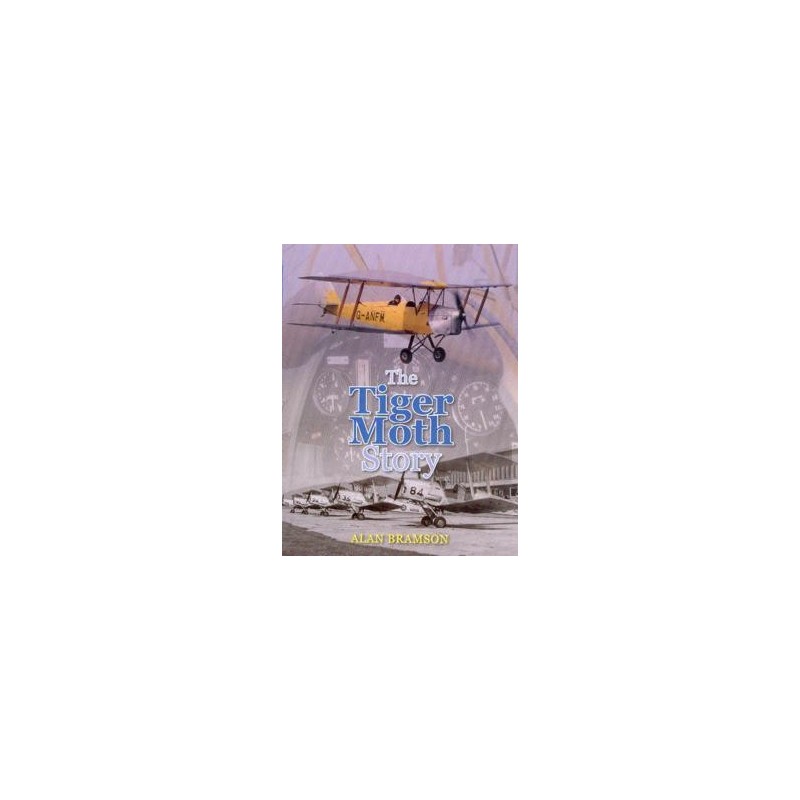 The Tiger Moth is one of the major aviation success stories. Developed by Geoffrey de Havilland during the early 1930s and flown for the first time on 26 October 1931, the biplane became the most important elementary trainer used by Commonwealth forces. More than 1,000 Tiger Moths were delivered before WWII, and subsequently around 4,000 were built in the UK with an extra 2,000 being manufactured in Canada, Australia and New Zealand.

Following the end of WWII, pilots could buy and modify a Tiger Moth for recreational use or agricultural crop spraying and use it relatively cheaply. This, combined with its popularity within the aero club movement, provided employment for the Tiger Moths until the late fifties when the more modern closed cockpit aircraft forced them into retirement.

The Tiger Moth Story provides a comprehensive account of the aircraft origins and development as a trainer of Commonwealth pilots in times of peace and war, as a crop duster, glider tug, aerial advertiser, bomber, coastal patrol plane and aerial ambulance as well as in frontline service. Technical narrative and drawings, handling ability and performance as seen through the eyes of the pilots including a fully updated world survey of existing aircraft combine to make The Tiger Moth Story the most comprehensive book of the aircraft. A bestseller since 1964, this edition is fully revised, updated, indexed and includes many new black and white photographs, plus a new colour section.