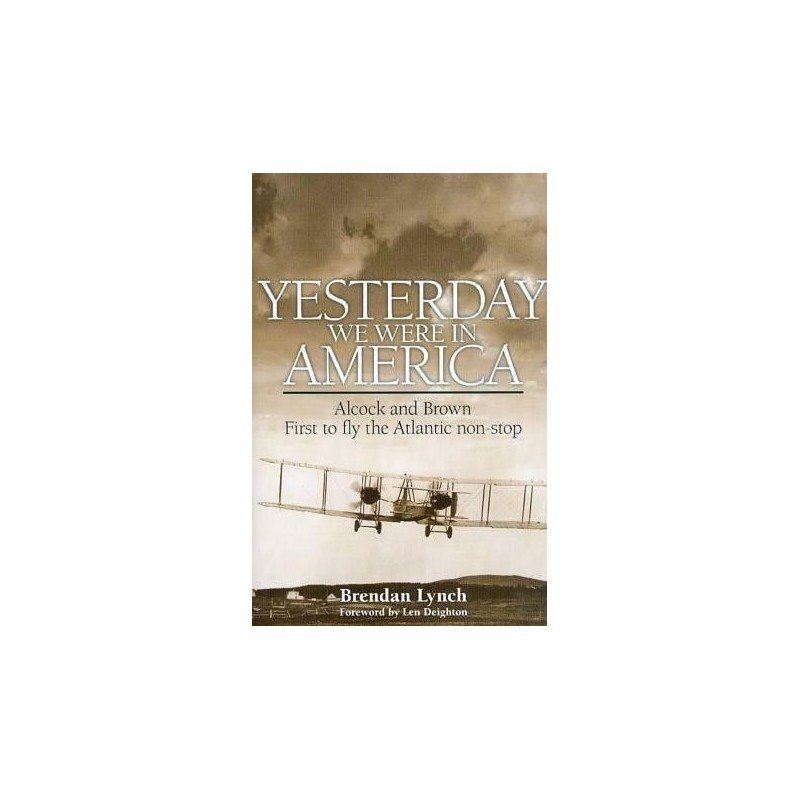 YESTERDAY WE WERE IN AMERICA. Alcock and Brown First to fly Atlantic non-stop

- On 14 June 1919 John Alcock and Arthur Whitten Brown took off from Newfoundland in their open-cockpit Vickers Vimy converted bomber to attempt a non-stop crossing of the Atlantic. Some 16 hours later they landed at Derrygimla in Connemara, Ireland, to become national heroes. Navigating blind for most of the way, they had flown almost 1,900 miles, the longest distance ever flown by man. In researching one of the most significant flights in history, Brendan Lynch has drawn on the written records of Alcock and Brown, and interviewed the last surviving witness of their dramatic arrival in Ireland and the adventurer Steve Fossett, who recreated the flight in 2005.

YESTERDAY WE WERE IN AMERICA. Alcock and Brown First to fly Atlantic non-stop