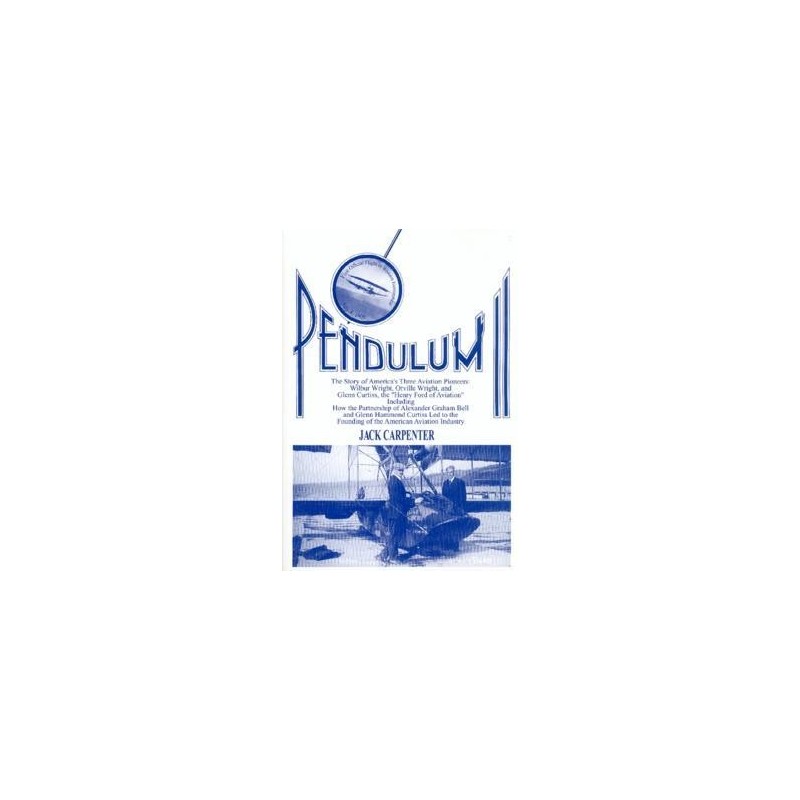 Arguably the most complete story of early flight in America.

In this, the 100th YEAR of FLIGHT, Jack Carpenter's acclaimed 1992 PENDULUM - the only book telling a multi-sided story - was among the select few recommended by the Smithsonian's AIR & SPACE Centennial Edition, March, 2003.

This sold-out bestseller is the foundation for PENDULUM II - with its amazing, never-before-told story of one of the most important but least known chapters in American history.

Improved - and 25% larger - in its 520 pages PENDULUM II tells the whole story with all the players in this epic tale of flight's beginnings. You will read in this unique chronologically and interwoven story - and view in its hundreds of archival photographs and exhibits "what actually happened" with the Wrights, Glenn Curtiss - including Alexander Graham Bell's hitherto unknown pivotal role...with Henry Ford, Thomas Edison, Octave Chanute and many others on the sidelines.

PENDULUM II, the result of over two decades research and a 135-work selected bibliography, focuses upon (1), a semi-secret Agreement made between the Smithsonian and Orville Wright's heirs, and (2), a volcanic, historically important letter written by Gilbert M. Grosvenor, National Geographic's chairman (and Bell's great-grandson), to the author - which "changes everything."

Nowhere else are the facts - hidden for almost a century - of this so misunderstood and misstated story told as in PENDULUM II, arguably the most complete, revealing and timely book of this era.