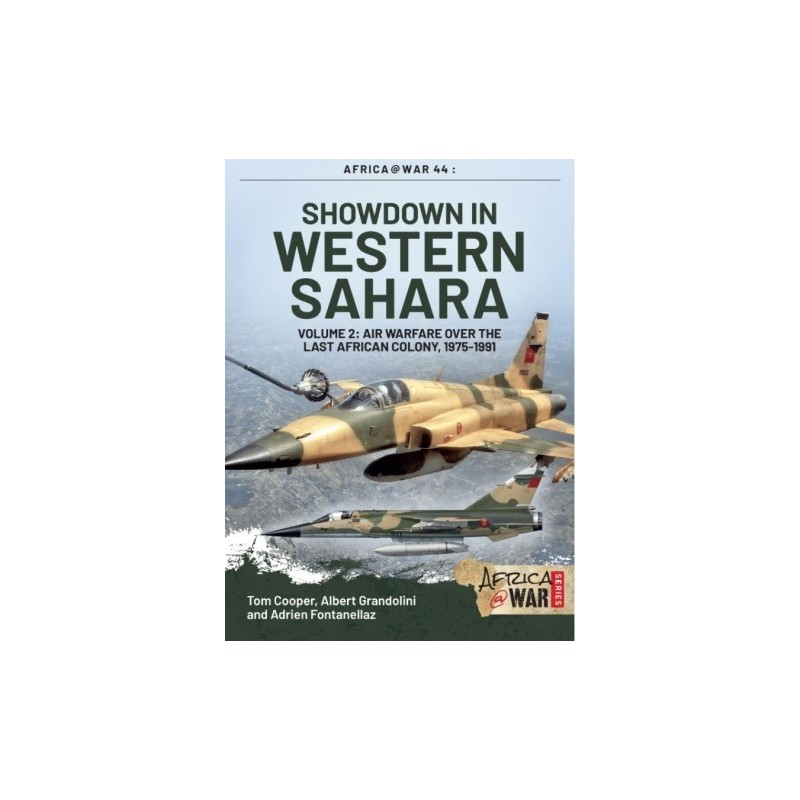 The former colony of Spanish Sahara saw frequent outbursts of tribal and ethnic rebellions while ruled by the colonial authorities in the late 19th and through the early 20th Century. Its vastness and distances essentially dictated the application of air power in response. While most of these events attracted next to no attention in English-language media, the large-scale operations of the Spanish colonial authorities of the late 1950s became notable at least for the final combat deployment of the famous Messerschmitt Bf.109.

Following the Spanish withdrawal from Spanish Sahara in 1975, a major war erupted as Sahrawi nationalists – organized by the POLISARIO front – engaged in guerrilla warfare against Moroccan armed forces deployed to secure the northern part of the country, and Mauritanian forces deployed in the south.

Characteristically for this period, POLISARIO’s insurgency was often misinterpreted in the West as ‘Soviet-influenced’, although the rebels never adapted any related frameworks for their operations and tactics, such as those of Mao Zedong. On the contrary, while Algeria at least tolerated their bases on its soil, it was Libya that provided most of the support for the insurgency, eventually enabling it to defeat the Mauritanian military, slightly over a year later. Combined with POLISARIO’s raids deep into Mauritania this prompted France to launch a limited military intervention in support. While tactically successful, this proved insufficient: Mauritania withdrew in 1979 after signing a peace treaty.

Morocco continued fighting a series of bitter campaigns through 1979 and 1980, until rising costs and casualties prompted its government into developing an entirely new strategy. Construction of extensive earthen fortifications eventually slowed the war down to one of low intensity, only sporadically interrupted by insurgent attempts to achieve at least local successes. With both sides realizing that no solution through an armed conflict was possible, a cease-fire agreement was signed in 1991. However, this conflict still remains unresolved: it merely shifted to civilian resistance.

Warfare in Western Sahara has in many ways become exemplary for modern-day counter-insurgency efforts in Africa and elsewhere. This conflict has been falsely declared as a part of some larger, external conflict – the Cold War; in regards of the concept of an insurgency applying motorized forces to deliver often spectacular ‘hit-and-run’ attacks; and in regards of a conventional military reacting with a combination of earth berms and air power.