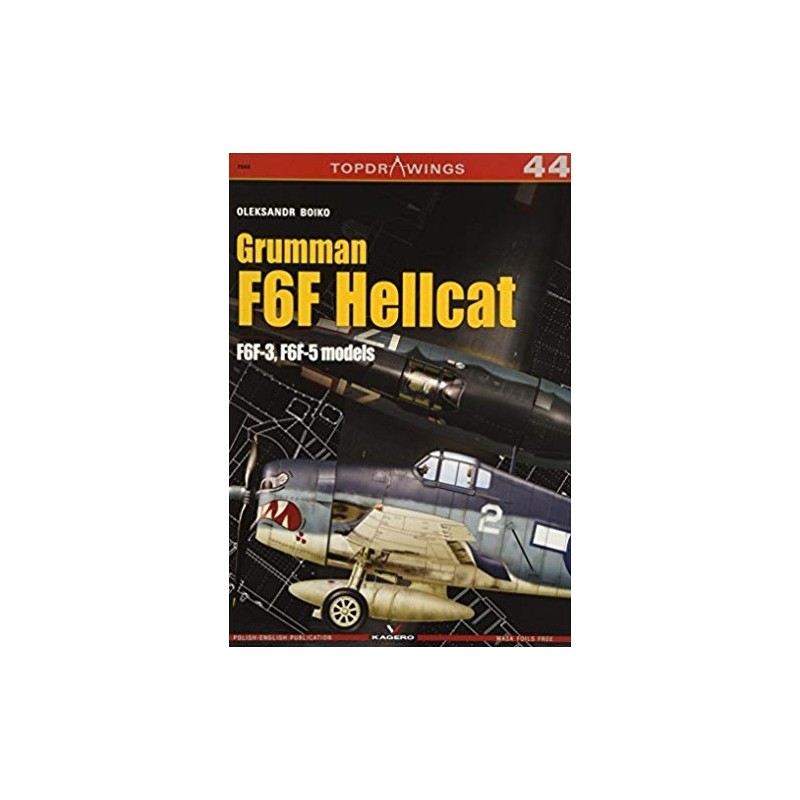 The Grumman F6F Hellcat was constructed in the early 1940s at Grumman Aircraft Engineering Corp. in Bethpage. Unlike its predecessor, the Grumman F4F Wildcat, the Hellcat received a low gear, with widely spaced wheels on the main chassis. Significantly increased both wings and fuselage to accommodate the required fuel and ammunition supply and to provide adequate structural strength. Fixed weapons consisted of six 12.7 mm machine guns. A contract for the construction of two prototypes of the new BuAer fighter was made with Grumman on June 30, 1941. During the entire production period only minor changes were made to the construction to the Hellcat.