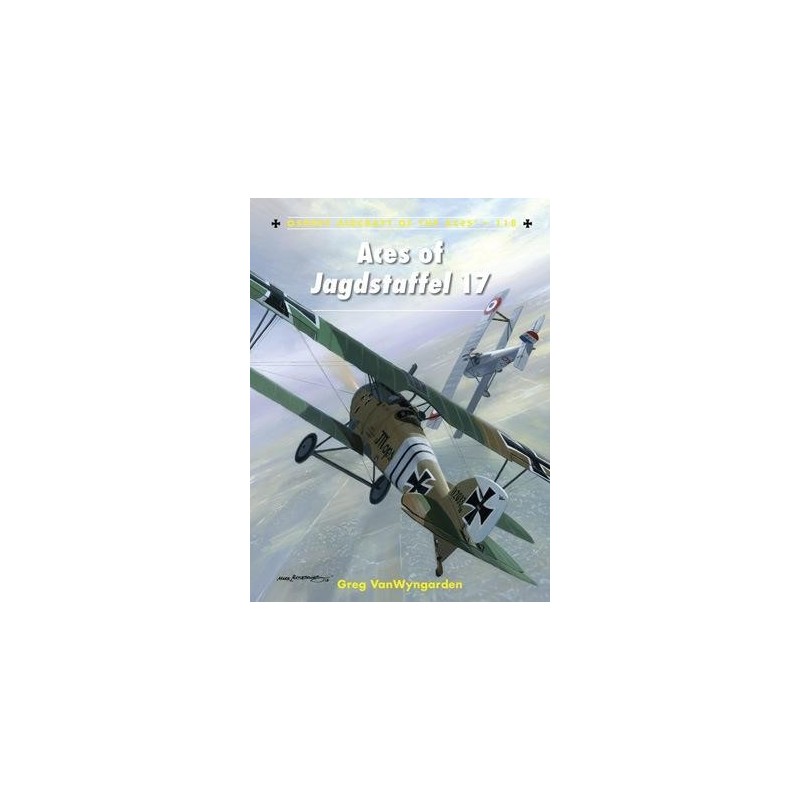 Initially formed to assist in the defence of the city of Metz against French bombing raids, Royal Prussian Jagdstaffel 17 would go on to become one of the most distinguish German fighter units of World War 1. Its first victory was scored by the pilot whose story is inextricably interwoven with that of his unit the Blue Max recipient Julius Buckler. He was largely responsible for inspiring the units unique Esprit de Corps, expressed in its famous and unique battle-cry of Malaula! Indeed, in its final days the unit gained the nickname Zirkus Buckler, or the Buckler Circus. Besides Buckler, Jasta 17 boasted such aces as Karl Strasser, Alfred Fleischer and Christian Donhauser. In addition, the roster included colourful characters like the successful Jewish airman Jakob Wolff, who at over 48 years of age was the oldest German fighter pilot of the war. The story of this illustrious unit is told with many first-hand accounts by Buckler, Fleischer and others, as well as dozens of rare archival photos of the units beautifully decorated fighter aircraft.