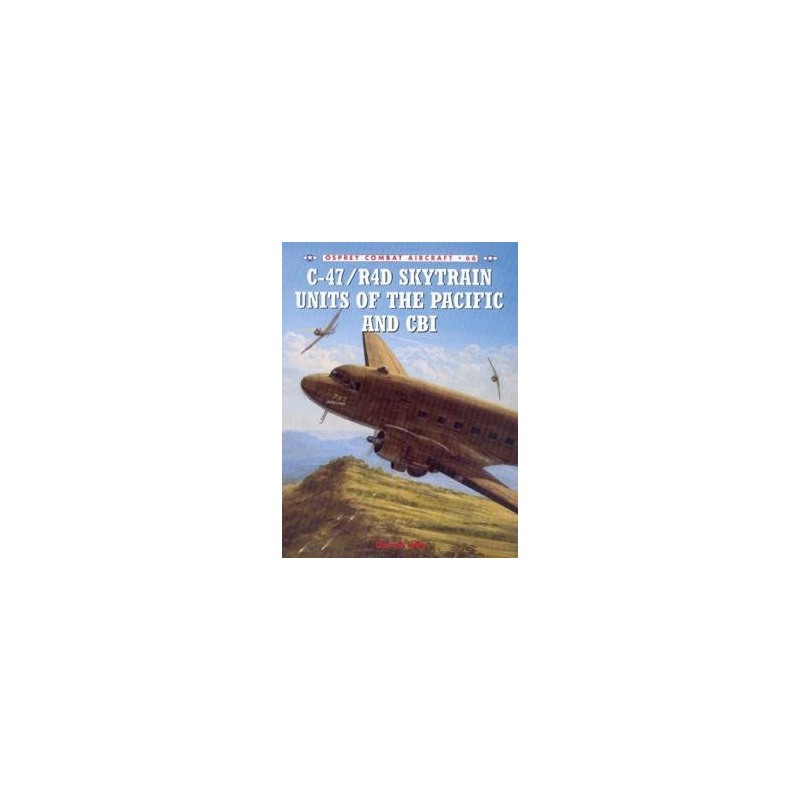 C-47/R4D SKYTRAIN UNITS OF THE PACIFIC AND CBI.

- From Pearl Harbor to VJ-Day, the humble Douglas C-47/R4D carried out missions every bit as strategically important, and as dramatic for the aircrew involved, as those of the fighters and bombers in the vast Pacific/CBI theatres. The C-47's wartime operations paved the way for post-war military and civil air transport, proving that aircraft could safely conduct routine flights from the USA, Australia and India throughout the Pacific and South-east Asia. The flights also demonstrated how the USAAF was able to invest in, and carry out, a mission that it had barely prepared for in terms of doctrine pre-war. In addition to linking theatres, the C-47 found itself in the vanguard of combat operations on virtually a daily basis in New Guinea, Burma, the Philippines, the SWPA and China. The importance of these missions, and the dangers faced by crews tasked with carrying them out, is chronicled in numerous first-hand accounts from the aircrew involved in this unique volume on the Allies' favourite transport aircraft of World War 2.

C-47/R4D SKYTRAIN UNITS OF THE PACIFIC AND CBI.