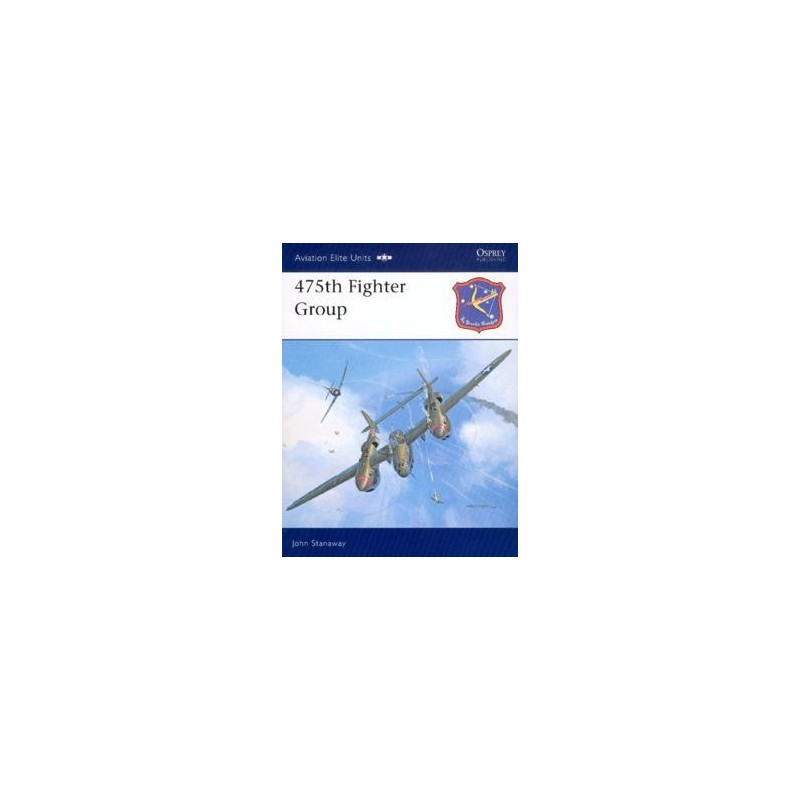 - Formed with the best available fighter pilots in the Southwest Pacific, the 475th Fighter Group was the pet project of Fifth Air Force chief, General George C Kenney. From the time the group entered combat in August 1943 until the end of the war it was the fastest scoring group in the Pacific and remained one of the crack fighter units in the entire US Army Air Forces with a final total of some 550 credited aerial victories. Amongst its pilots were the leading American aces of all time, Dick Bong and Tom McGuire, with high-scoring pilots Danny Roberts and John Loisel also serving with the 475th. This book details these pilots, the planes they flew and the campaigns and battles they fought in including such famous names as Dobodura, the Huon Gulf, Oro Bay, Rabaul, Hollandia, the Philippines and Luzon.

Chapter 1: Birth of a Supergroup

Chapter 3: The End in New Guinea

Chapter 4: Mixed Fortunes Over the Philippines

Chapter 5: The End of the War