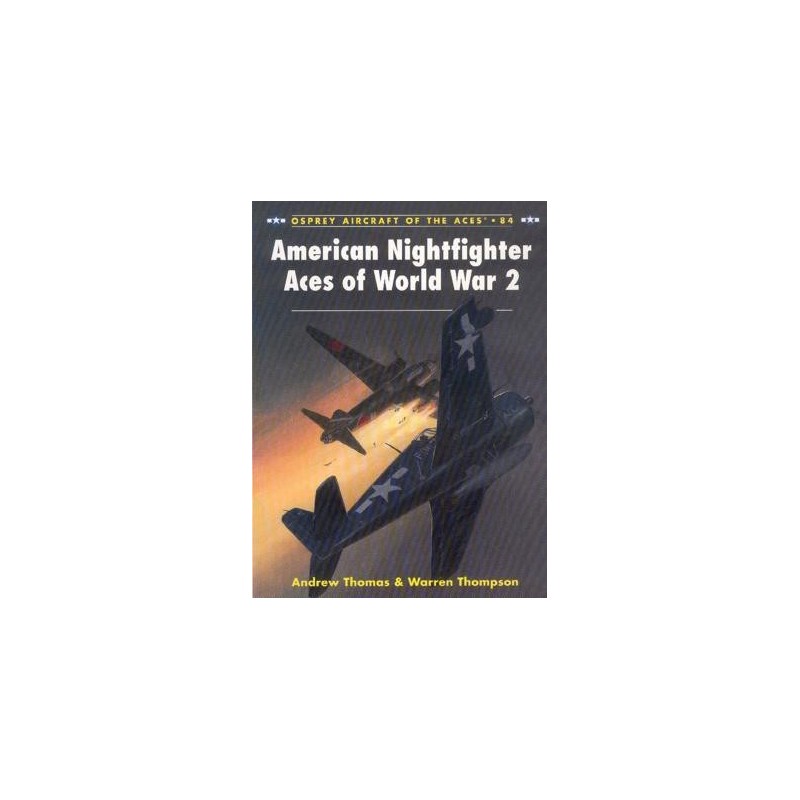 - The Americans lagged behind their European contemporaries in military aviation in the late 1930s, and it took the Battle of Britain to awaken America to the necessity of having aircraft that could defend targets against night-time attack by bomber aircraft. This book examines the numerous aircraft types that were used by the US in this role, beginning with the early stop-gap conversions like the TBM Avenger, Lockheed Ventura and the A-20 Havoc (P-70). It goes on to detail the combat history of the newer, radar-equipped Hellcats, Corsairs and Black Widows that were designed to seek out enemy aircraft and which registered most of the kills made by the Navy, Marine Corps and USAAF in 194445. With full-colour profiles and rare photographs, this is an absorbing account of an underestimated flying force: the American Nightfighters.

Chapter 2: Yanks in the RAF

Chapter 5: Black Widow in the ETO