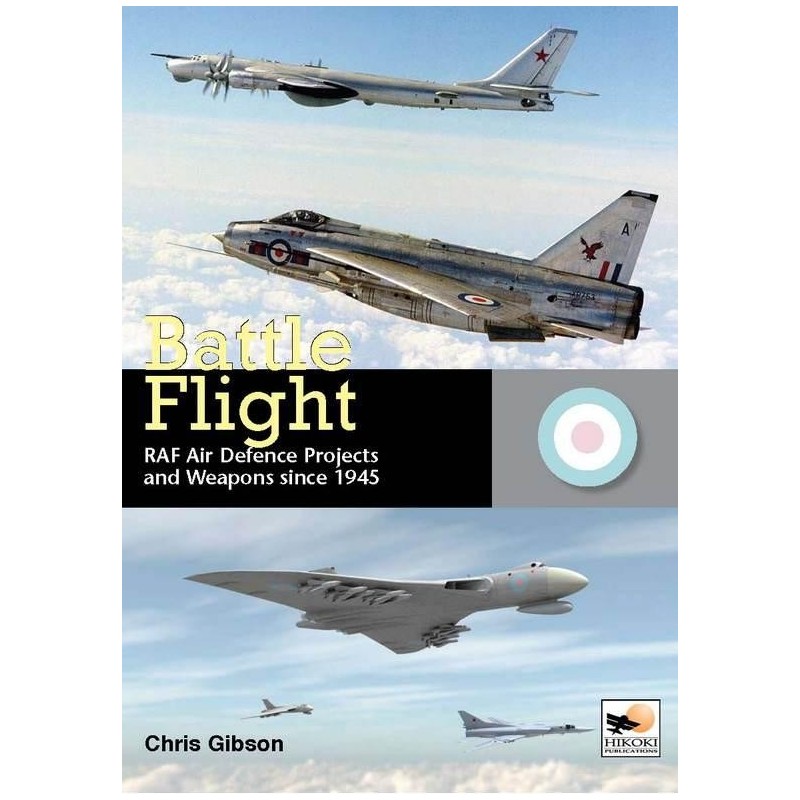 From the origins of netcentric warfare in the 1940s, the Stage Plans of the 1950s and the change of threat from aircraft to the ballistic missile, Battle Flight will examine the steps take to protect the British populace from nuclear Armageddon.

Post-war Britains air defences comprised a mix of interceptors and anti-aircraft guns that were tailored to counter massed bomber raids by piston-engined aircraft. These defences were rendered obsolete by the jet engine and the atomic bomb. The search for a cost-effective anti-aircraft system began. Interceptors were the obvious first line of defence and would remain so to this day, but unguided rockets and the new surface-to-air guided-weapons (SAGW) were also examined. Wartime advances in guided weapons had ended, the teams dispersed and the work forgotten, but such weapons soon gained Super-priority.

The defensive weapons required control systems and organisations that became the Air Defence Plans drawn up to integrate radar, command, control and interception. These plans (Nucleus, Igloo, Rotor, Ahead and Linesman) changed radically over a 20 year period, reflecting the rapid advance of technology in the post-war period. The Sixties saw a stabilisation and the interceptors as the main defence, with SAMs to protect the V-bomber bases and all thoughts of ABMs discarded as the ballistic missile became the primary deterrent on both sides. By the 1980s the advent of long-range interceptors such as Tornado saw a switch to protecting the north Atlantic convoys from Soviet attacks.

As the 21st century dawned the spectre of terrorism and airborne threat changed from bomber to airliner with the prospect of shooting down hijacked airliners. Britains air defences have diminished to 5 squadrons of Typhoons and the Aster SAMs of the Royal Navy, while the Russian Air Forces Blackjacks and Bears still make forays into Britains air defence zone.