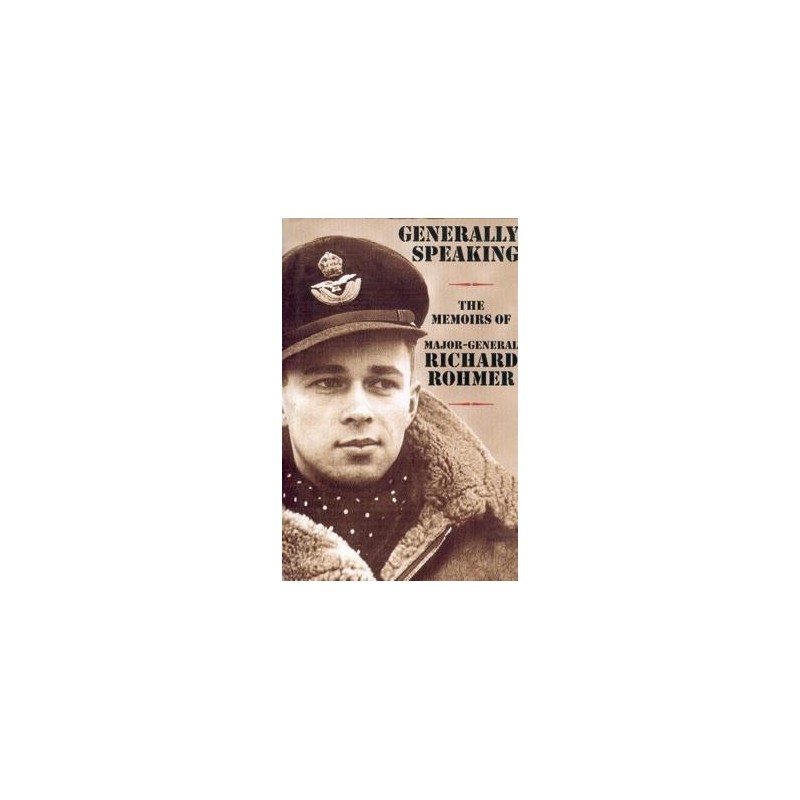 Major-General Richard Rohmer is arguably Canada's most decorated citizen. A commander of the Order of Military Merit and an Officer of the Order of Canada, his career began in World War II where he earned the reputation as one of Canada's top Mustang reconnaissance pilots. For his service, which includes flying over the beaches of Normandy on D-Day, he received the Distinguished Flying Cross. A lawyer, litigator, journalist and best-selling author of 28 fiction and non-fiction books, Rohmer has met with such public figure as Queen Elizabeth, General George Patton, "Intrepid" Sir William Stephenson, Presidents Eisenhower, Reagan, and Clinton, and has flown with John F. Kennedy. He is currently a member of the board of directors of Hollinger Inc. Recently, he chaired the 60th anniversary of the D-Day Advisory Committee to the Minister of Veterans Affairs. His autobiography, Generally Speaking: The Memoirs of Richard Rohmer, is written with Rohmer's characteristic frankness and insight.