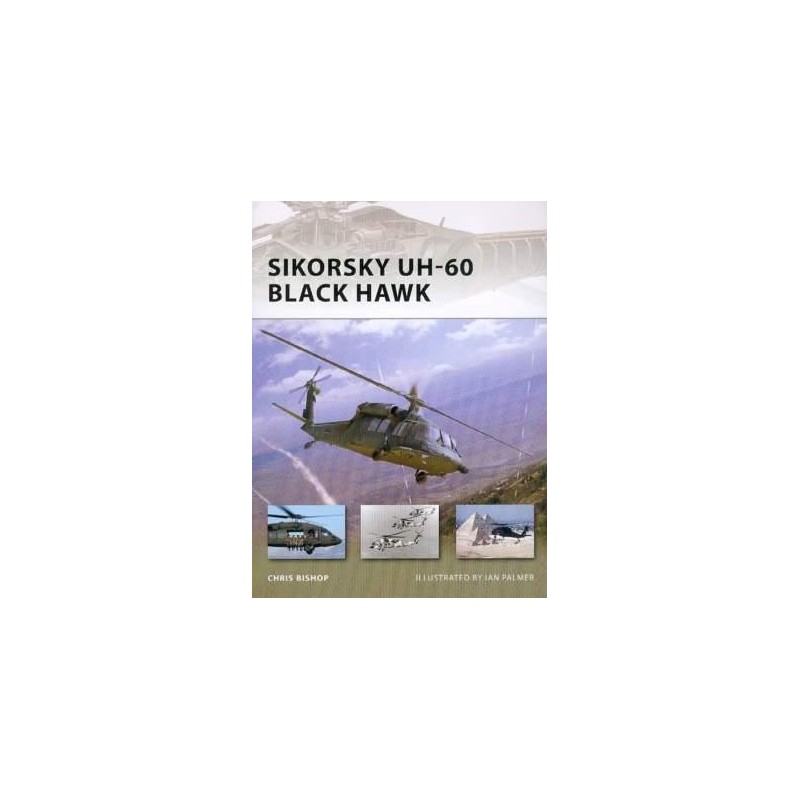 - The successor to the legendary Bell UH-1 'Huey', the Sikorsky UH-60 first flew in 1974 and was christened the Black Hawk. It has become one of the most versatile and successful utility helicopters currently in service and has been used widely, from the invasion of Grenada to the ongoing operations in Iraq and Afghanistan. An attack helicopter configured with missiles, rockets, machine guns and cannon, the Black Hawk is also capable of undertaking a wide range of missions on the battlefield, including troop transport, command and control and aeromedical evacuation. Although the Black Hawk is most recently associated with the disaster in Mogadishu, this book looks past Hollywood interpretations to investigate the design, development and operations of what is arguably the most important helicopter in the world today, with fantastic full-colour digital artwork and up-to-date information about the Black Hawk's role in Iraq. Also examined are the more unconventional missions the Black Hawk has been used in, from drug-busting operations in South America to peacekeeping operations around the world.