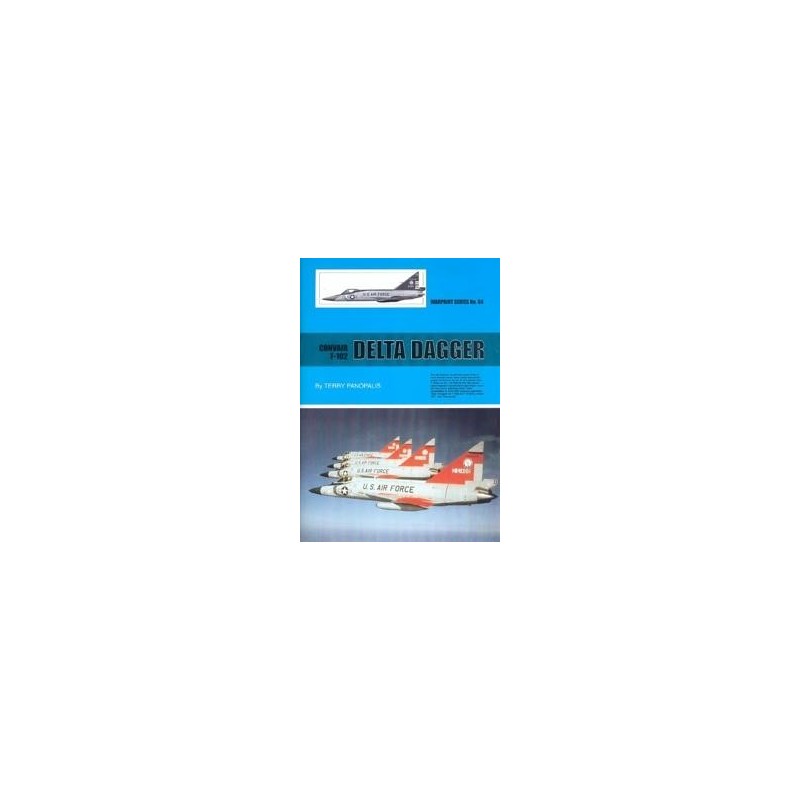 - The F-102 is one of the most interesting aircraft of the 1950s and 60s. From the futuristic original shapes for a supersonic fighter evolved by Convair through the efforts to make the later prototypes get through the sonic barrier using area rule its history evolves into the Pave Deuce target drone which used up many of the surplus F-102s after their redundancy and replacement by the F-101 and F-106.

This book not only covers this history but its activities in the Pacific and Vietnam as well. There are large charts showing every squadron and unit that had F-102s with their bases and an example serial - something that has never been done before. The book has taken three years to complete by author Terry Panopalis who has had help and support from many experts on the subject in the US. There are over 70 illustrations almost all in colour and Tim Brown's side view profiles and 1:72nd scale plans enhance both the text and pictures. In the 48 pages both Air Defence Command and the Air National Guard squadrons and aircraft are illustrated as well as test units and the manufacturers aircraft used for development. Without a doubt this is a very complex and authoritive work which deserves the attention of all those whose interests centre on the USAF in the mid-20th Century