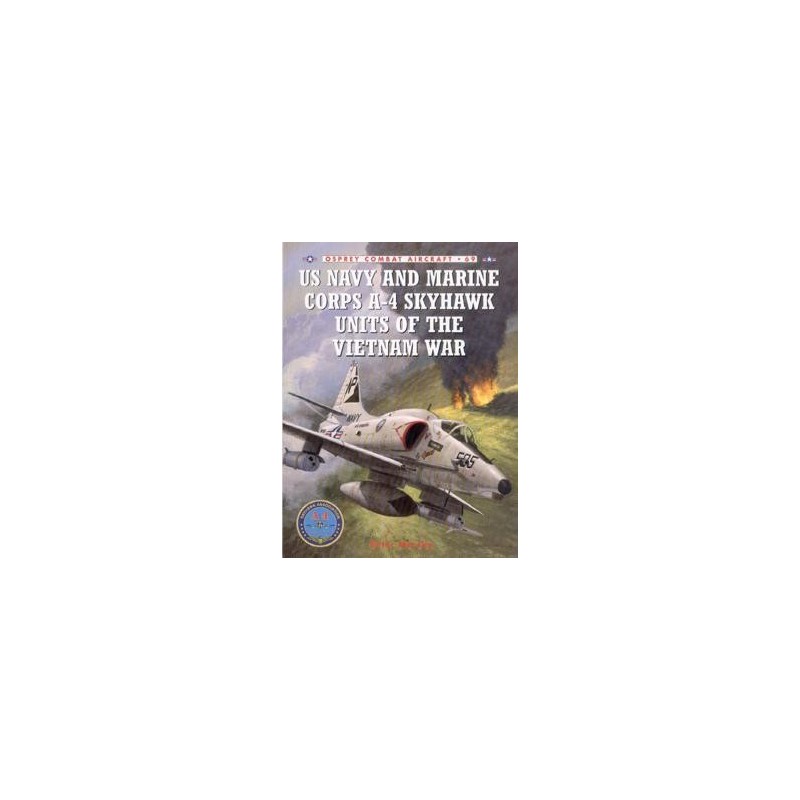 - In August 1964, two engagements between American and North Vietnamese naval units became known as the Gulf of Tonkin Incidents. The first, on 2 August, was the more definitive the second, on the 4th, has since proven not to have actually occurred and involved communist PT boats firing on the destroyer USS Maddox (DDN.45731), which returned fire, hitting one of the PTs and killing its commanding officer. An umbrella of F? Crusaders from the carrier USS Ticonderoga (CVA?) then appeared and strafed the communist vessels.

It was the first official combat action for the AN.454, but it had not been without cost. Flak had shot down two American aircraft an A!H of VA? and an A?C of VA?, both from Constellation's Air Wing 14. The pilot of the A!, Lt(jg) Richard C Sather, was killed. He was the first of many Naval Aviators to die in the long war to come.

The pilot of the A?, Lt(jg) Everett Alvarez Jr, was &lsquolucky’, if what was to come could be called having luck. He had already made one run on a nest of PT boats right behind his flight leader, and squadron executive officer, Cdr Bob Nottingham. The XO then set up for a second attack with his remaining rockets, but Alvarez, a junior pilot on his first deployment, decided to try his cannon and set up for a strafing run. His fire struck the bridge of one of the boats and he reported pieces flying off. Alvarez rejoined his flight lead and the XO took the section out of the area, skimming low over the countryside at barely 100 ft. Everything seemed fine as they sped out of harm's way, but Alvarez's jet shuddered and there was a bright, yellow flash on his left side as they flew over a ridge just before the sea. Smoke filled his cockpit as every warning light flashed red. The stick froze in his hands and he keyed his mike to tell his lead he had been hit by enemy fire. The A? banked left and Alvarez again called, &lsquoI'm on fire and out of control!’

The Skyhawk continued rolling and he found himself inverted as he reached for the face curtain of his ejection seat. As the A? rolled upright, he pulled. In a few seconds he was in the water and facing what would be more than eight years as a prisoner of war Alvarez was the first American aviator to be captured by the North Vietnamese. At first there were signals from his survival transmitter, and a US Air Force HU? Albatross amphibian was despatched from Da Nang to try to retrieve the Navy pilot. However, returning pilots reported that Alvarez had gone down over rough terrain they did not realise that he had actually landed in the water, and that enemy troops were close by. With a successful rescue unlikely, the HU? was recalled. The loss of his A?C (BuNo 149578) also represented the first combat loss for the Skyhawk. There would be more to come.

The two losses notwithstanding, Washington was pleased with the results of the Pierce Arrow raid. An important North Vietnamese base and storage facility had been left in smoking ruins, sending Hanoi a strong message that the US was in south-east Asia to stay and was not to be trifled with. The naiveté on Capitol Hill and, once again, the lack of understanding of an Asian enemy was to doom American servicemen to more than eight years of combat, injury and death. However, for the next six months, the situation stayed at a slow simmer, and the Navy returned to its participation in the Barrel Roll series of reconnaissance flights over Laos, which at the time seemed the more troublesome area in the region.