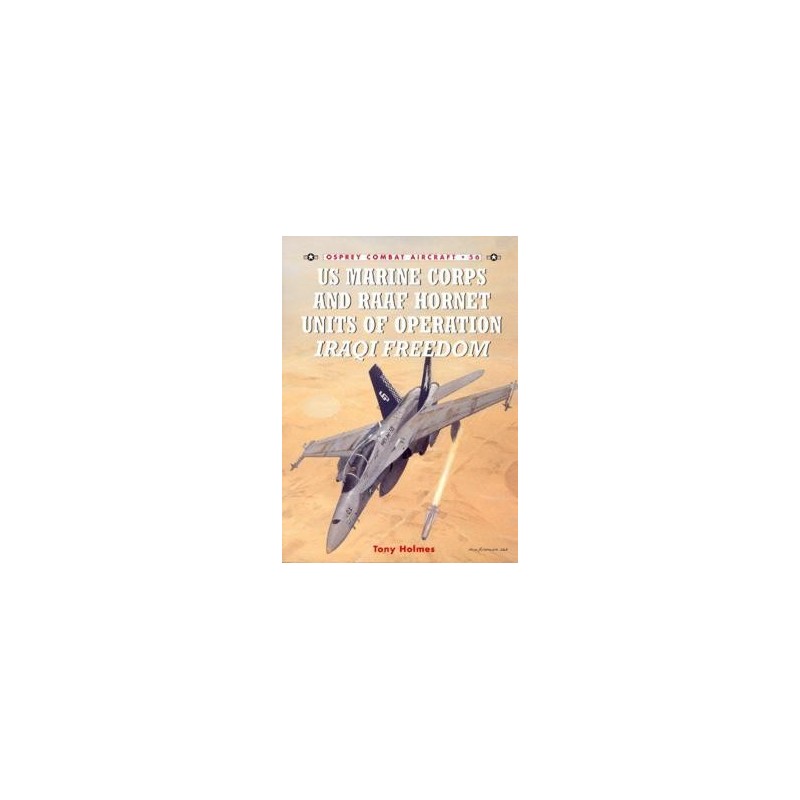 Some 84 of the 250 Hornets committed by Central Command to Operation Iraqi Freedom (OIF) proudly bore MARINE titling on their rear fuselages. A further 14 were marked with the distinctive kangaroo roundel of the Royal Australian Air Force (RAAF). The exploits achieved by the units that flew these jets into combat is detailed in this volume, the third of three titles published in the Combat Aircraft series on what has been dubbed by many TACAIR insiders the 'Hornet's War'. Although the bulk of this book deals with the major hostilities phase of OIF I, which ran from 20 March to 20 April 2003, the decade of pre-war OSW missions and ongoing post-war OIF II operations are also covered in significant detail from the Marine Corps perspective.